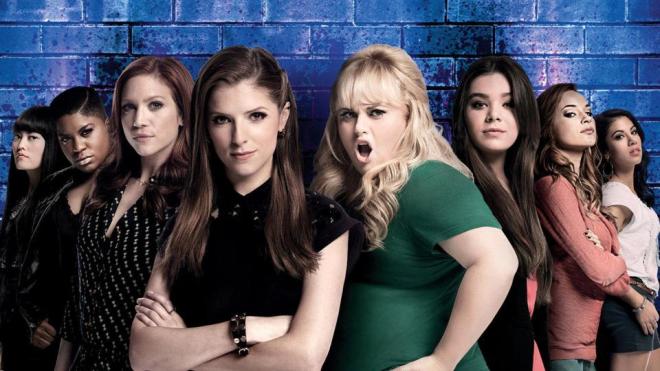 In an early announcement to retailers, Universal Studios says 'Pitch Perfect 3' will be available on Blu-ray and 4K Ultra HD Blu-ray on March 20.

Now graduated from college, realizing it takes more than a cappella to get by, all the Bellas return in the final chapter in the beloved series. After the highs of winning the World Championships, the Bellas find themselves split apart and discovering there are no job prospects for making music with only your mouth. But when they get the chance to reunite for a European USO tour, this group of awesome nerds will come together to make some music, and some questionable decisions, one last time. 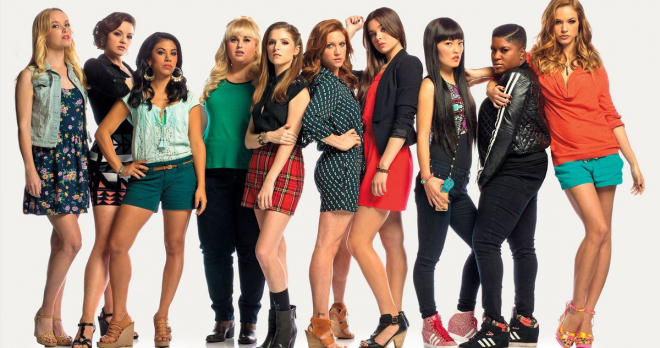 -Competition Crescendo – In this featurette we break down the riff-off scene, starting in pre-production in the recording studio and moving into production. We'll also discuss the Bellas' competition: EverMoist, Saddle Up, DJ Young Sparrow and DJ Dragon Nutz.
-Don't Mess with Rebel – Rebel Wilson trained with stunts coordinator, Jennifer Badger, to prefect her many stunts that we see throughout the film. In this featurette, we'll catch a glimpse of Rebel's training and discuss the most bad-ass stunt of all – Rebel taking down four grown men in order to save the Bellas.
-The Headliner: DJ Khaled – We check in with cast and filmmakers to hear their reactions on the music producer/personality being brought on, how he fits into the story and the love he has for the Bellas.
-The Final Note: John and Gail – Everyone's favorite Talk-a-pella podcasters are back, combining their resources to produce an exclusive d'aca'mentary following the beloved classic Bellas. We discuss their far-fetched endeavor with the cast and filmmakers to better understand our favorite aca-duo.
-Just Because He's a Bad Guy – The cast and filmmakers were overjoyed to learn that legendary actor, John Lithgow was joining the Pitch Perfect family, and he did not disappoint! In this piece, we'll witness how Rebel and John are two peas in a pod, making their on-screen chemistry as father and daughter truly sincere.
-"Freedom! '90 x Cups" Official Music Video

-Deleted Scene
-Gag Reel
-New Musical Performances
-A Cappella Action – In this piece, we break down the scene starting with Fergus betraying Fat Amy and kidnapping the Bellas, through the performance and wrapping up with Rebel Wilson as she performs the stunt of falling through the ceiling.
-The Women of Pitch Perfect 3 – With Elizabeth Banks, Trish Sie, and an all-female cast, the Pitch Perfect franchise is breaking down stereotypes and industry norms left and right. In this piece, we learn why that's so important throughout the development and production of Pitch Perfect 3.
-The Final Performance – In this heart-warming piece, fans will witness the genuine love and sisterhood between the Bellas both on and off camera as they get a behind-the-scenes look at the emotional wrap of the film and production.
-Hollywood of the South – Hollywood may be the "Entertainment Capital of the World" but Atlanta is a close second - morphing into a metropolis for film productions and the cast and crews couldn't be happier. We hear from them about the hospitality, versatility and southern welcome they experienced during their stay.
-Extended Musical Performances

You can find the latest specs for Pitch Perfect 3 linked from our Blu-ray and 4K Release Schedules, where it is indexed under March 20. 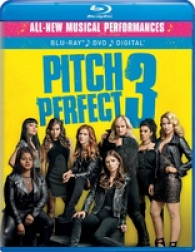 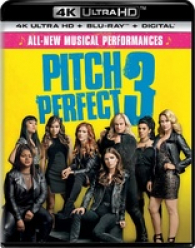