Matt Damon is back as the titular badass this winter.

In an early announcement to retailers, Universal is working on 'Jason Bourne' for Blu-ray and 4K Ultra HD Blu-ray on December 6.

Years after the events of The Bourne Ultimatum, former CIA assassin Jason Bourne (Matt Damon) resurfaces just as his former employers are implementing a new program aimed at hunting him down. Now fully recovered from his amnesia, Bourne teams up with Nicky Parsons (Julia Stiles) to uncover the ultimate truth about his past and his family while simultaneously exacting revenge and eluding capture by the government forces hot on his trail. Paul Greengrass returns to helm this sequel, with Tommy Lee Jones, Alicia Vikander, and Vincent Cassel co-starring.

Each release will feature a DTS:X soundtrack and supplements include: Bringing Back Bourne - Matt Damon and Director Paul Greengrass discuss how they brought a beloved character back to the big screen; Bourne to Fight - A behind-the-scenes look at the fight sequences in Jason Bourne; The Athens Escape - Matt Damon, stunt coordinator Gary Powell and second unit director Simon Crane discuss the challenges of shooting a chase sequence through cramped city streets; and Las Vegas Showdown - For the final act of Jason Bourne, filmmakers wanted something bigger and bolder than ever before. Here's an inside look at how they pulled it off.

You can find the latest specs for 'Midnight in the Garden of Good and Evil' linked from our Blu-ray Release Schedule, where it is indexed under December 6. 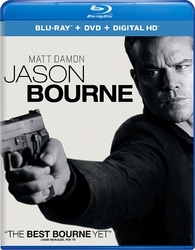 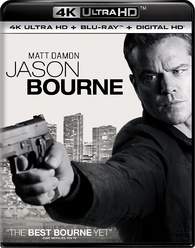