The crime drama starring Jennifer Lopez and Constance Wu is heading to 4K Blu-ray and Blu-ray in December.

Universal is set to release Hustlers on 4K Ultra HD Blu-ray and Blu-ray on December 10. Pre-orders are now live via Amazon.

Inspired by a true story, Hustlers follows Destiny (Constance Wu, Crazy Rich Asians), a young stripper struggling to make ends meet. That is, until she meets Ramona (Jennifer Lopez), the club's savvy top earner, who shows her the way toward making big bucks. But when the 2008 economic collapse hits their Wall Street clientele hard, Destiny and Ramona concoct a plan with their fellow strippers to turn the tables on these greedy power players. It's a wild, modern-day Robin Hood tale that critics are hailing as "enormously entertaining." -Washington Post

The 4K Ultra HD Blu-ray will feature a 2160p HDR10 transfer, along with a Dolby Atmos soundtrack. Supplements will include:

You can find the latest specs for Hustlers linked from our Blu-ray and 4K Release Schedules, where it is indexed under December 10. 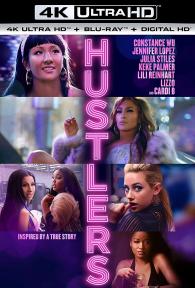 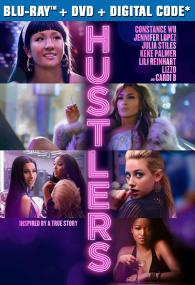