The fantasy epic arrives on home video this September.

In an early announcement to retailers, Universal will be releasing 'Warcraft' on Blu-ray, Blu-ray 3D, and 4K Ultra HD Blu-ray on September 27.

The peaceful realm of Azeroth stands on the brink of war as its civilization faces a fearsome race of invaders: orc warriors fleeing their dying home to colonize another. As a portal opens to connect the two worlds, one army faces destruction and the other faces extinction. From opposing sides, an unlikely set of heroes are set on a collision course that will decide the fate of their families, their people and their home. So begins a spectacular saga of power and sacrifice in which war has many faces, and everyone fights for something.

The releases will feature Dolby Atmos soundtracks and supplements include: Deleted/Extended Scenes; Gag Reel; The World of Warcraft on Film; The Fandom of Warcraft; Warcraft: Bonds of Brotherhood Motion Comic; Warcraft: The Madame Tussauds Experience; ILM: Behind the Magic of Warcraft; and Warcraft Teaser - 2013.

You can find the latest specs for 'Warcraft' linked from our Blu-ray Release Schedule, where it is indexed under September 27. 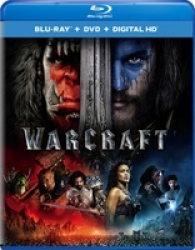 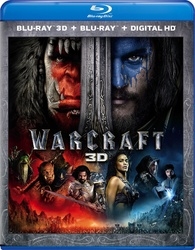 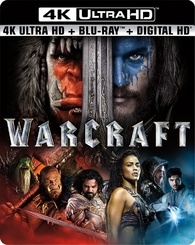