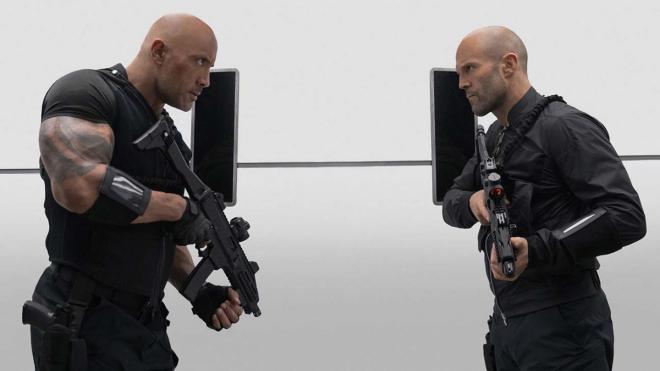 Universal says Fast & Furious Presents: Hobbs & Shaw will be available on 4K Ultra HD Blu-ray and Blu-ray on November 5 (and on digital October 15).

The releases will include Dolby Atmos soundtracks (with an HDR10+ video presentation on the 4K Blu-ray) and supplements include:

JOHNSON & STATHAM: HOBBS & SHAW - Why this film duo works so well together on and off the set.

PROGRESS OF A FIGHT SCENE WITH DIRECTOR DAVID LEITCH - From script, to storyboard, to finally arriving on set and working with cast and crew, this piece will illustrate the progression of fight scenes from concept to execution.

PRACTICAL ACTION - Any film featuring Jason Statham or Dwayne Johnson is sure to be action packed and feature some over-the-top fight scenes. For the film, each fight sequence was carefully choreographed and shot ahead of time for the actors to use in training and ultimately in shooting the scene.

THE BAD GUY* - Fans can explore what makes the ultimate baddie, as well as Brixton's backstory, casting Idris Elba, special effects for his cyber features and what makes him tick.

THE SISTER* - This piece will highlight Vanessa Kirby as Hattie Shaw - she may be Deckard Shaw's little sister, but don't be fooled, she's equally capable of kicking just as much ass as he does.

HOBBS' FAMILY TREE* - This character piece will highlight the extended family of the Hobbs heroes. From Hobbs' daughter, mother and brothers, take a high-energy, behind-the-scenes look at their time on set.

THE MATRIARCH* - With her brief appearance in HOBBS & SHAW, audiences are reminded of the matriarchal might of Helen Mirren as mother Shaw. This piece will feature Mirren in her return to the role.

NEW FRIENDS - Featuring hilarious moments with the cameos featured in the film, this piece will showcase some of the best moments from their days on set.

ELEVATOR ACTION* - The elevator scene in the trailer – yes, you know the one. This is just one of the crazy stunts in the film – now fans can see how it was done.

STUNT SHOW AND TELL* - Along with film clips and stunt vis, this firsthand look at some of the key sequences in the film will peel back the layers of the stunt process.

KEEPING IT IN THE FAMILY: A CONVERSATION WITH ROMAN AND DWAYNE* - In this intimate conversation, Roman Reigns and Dwayne Johnson discuss their personal relationship, coming from a long lineage of wrestlers, and what it's like to be working side by side on a project so close to Johnson's heart.

BLIND FURY* - Dwayne reveals the inspiration behind one of the film's key scenes – his grandfather!

DWAYNE AND HOBBS: LOVE AT FIRST BITE* - We know how important family is to Dwayne Johnson, and his French Bulldog Hobbs is no exception. In this fun piece, fans can learn more about Dwayne and man's best friend.

You can find the latest specs for Fast & Furious Presents: Hobbs & Shaw linked from our 4K and Blu-ray Release Schedules, where it is indexed under November 5. 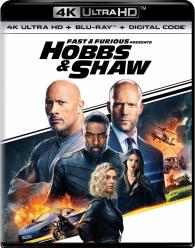 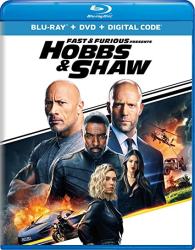