Tucked into the 20th floor of Nakatomi Tower -- er, the Fox Plaza Building -- in Century City, California, you will find what first appears to be nondescript office space. There's a communal kitchen. A conference room with dry erase board wallpaper. Even a cubicle bullpen.

But then you can't help but notice all the gear.

An object-based sound demo room (configured for what looks like an AURO 3D or DTS:X 7.1.4 with height channels placed above surround speakers rather than in-ceiling). A Virtual Reality Room with a D-Box motion seat set atop an insulation pad. And a room where the majority of Fox's Ultra High Definition titles have been graded for High Dynamic Range (both UHD Blu-ray and streaming).

Welcome to the Fox Innovation Lab, circa 2016.

The original Innovation Lab was born nearly 80 years ago to help 20th Century Fox advance sound recording technologies, and later developed the Cinemasope widescreen format. With that same spirit in mind, the current Innovation Lab has been pushing different digital technologies -- their Martian Virtual Reality Experience was a smash hit at CES 2016 -- as well as UHD content. As many of you know, we got our first taste last month when certain Fox Ultra HD Blu-ray titles landed in Best Buy a few weeks early. I personally reviewed 'The Martian' as well as 'Kingsman: The Secret Service', both of which I thought offered visual upgrades over their Blu-ray counterparts. There has been some controversy among enthusiasts about underlying source material resolution, but resolution is only one aspect of Ultra High Definition, whether it be physical media or streaming. The most important features are High Dynamic Range and Wide Color Gamut. Deeper black levels and shadow detail. Brighter whites and highlight details. And richer colors.

To be fair, we're in a transition period where we're calibrating our expectations for displays and content, while filmmakers adjust to what's possible much like they have in the years since object-base sound mixing debuted. However, given a chance to compare UHD and HD material side-by-side, UHD often represents a bold improvement. And that's just what we did at the Innovation Lab...

Our demonstration was as follows. Clips from Fox productions ran side-by-side on two Samsung displays in a blacked out room devoid of all ambient light. On the right, Samsung's 2015 UHD flagship, the 65" JS9500, played 16-bit uncompressed Ultra HD in high dynamic range and color graded to P3 (the color gamut used fo commercial cinemas). This TV was specifically calibrated by Fox and Samsung and has been used to grade all of Fox's titles. On the left, Samsung's 2013 HD flagship, the 65" F8000, displayed uncompressed HD in standard dynamic range and color graded to Rec 709 (the color gamut used for Blu-ray). We stood six to eight feet away.

In a perfect world, we would have be viewing 10 bit UHD material (rather than 16 bit), and both displays would have been JS9500s to allow for the same in-display upconversion consumers will experience when comparing HD and UHD material at home.

Still, this experiment works well for any HD owners wondering if a new 4K UHD display and content are worth the upgrade. After this, I'm convinced they are.

Here's what we saw:

'The Revenant'. The first thing folks are going to notice when comparing the Ultra HD Blu-ray to the Blu-ray is color timing. The Oscar-winner for best Cinematography has two separate grades. One for HD/Rec 709, one for UHD HDR/P3. Both approved by Emanual Lubezki. The Rec 709 version was done first, and tints blue to evoke coldness. The HDR P3 grading is more naturalistic, tinting a wee bit green. It's an odd choice, to be sure, but I have to say I preferred the UHD version because it was more reminiscent of my theatrical experiences. It also reveals striking details in open flames as well as back-lit subjects. The sequence where the soldiers are riding horses through a dark forest, lit only by their torches, is hauntingly beautiful. And there's one shot of Leo standing on a bright, mountainside under a fallen tree dripping with melting snow. The HDR/P3 incarnation offered more detail in the highs and lows. Given the film's dark photography, I must admit the Rec 709 HD version was quite good as well, and some of the time differences (outside of color timing) were negligible. Particularly in wider shots. Either way, those who opt for the Blu-ray are going to find a top notch transfer, while those with the UHD are going to see upgrades.

'Ice Age: Cosmic Scrat-tastrophe'. This short film played theatrically before 'The Peanuts Movie' and serves as semi-backstory for the upcoming 'Ice Age: Collision Course', due out this summer. It is also included as an extra feature on 'The Peanuts Movie' Ultra HD Blu-ray. I had no idea how important HDR/WCG would be to animation until I saw clips from 'Inside Out' in Rec 2020 last year. Simply put, this short film is another shining example for how great CGI animated films are going to look in UHD. It features a bold color palette of blues and purples and greens, all of which are much more vivid in UHD. Shots of outer space also benefited from deeper black levels. Imagery was much sharper. This particular demonstration was night-and-day different. Hopefully Disney, Pixar, and Dreamworks will embrace HDR and WCG for home entertainment.

I did notice some banding in a few shots of blue sky backgrounds; this was apparently due to 16bit material playing back on a 10bit panel. The UHD Blu-ray shouldn't have this problem.

'Deadpool'. The UHD version of 'Deadpool' is going to be a must own title for many reasons. It's a raunchy good time of a movie and it looks fantastic. Unlike 'The Revenant', the color timing for the HD and UHD versions are similar. However, the UHD version colors popped more, particularly Deadpool's red and black costume, as well as an orange explosion from the movie's climax. Spectral highlights on Colossus' chrome skin were also much more nuanced. And the overall image is much sharper and resolute. The UHD is the hands down winner.

'The Martian'. A movie I've seen many times now in 2D, 3D, DVD (an awards screener), Dolby Vision 3D, and most recently in Ultra HD Blu-ray. The ultimate way to see 'The Martian' was the Dolby Vision 3D, but the Ultra HD Blu-ray is a close second. In watching the UHD HDR P3 footage side by side with the HD Rec 709 clips, the UHD material offers an added pop colors and some added sharpness, but perceived resolution is still quite similar at times.

'Maze Runner: The Scorch Trials'. A movie I missed theatrically and have somehow only seen in UHD with HDR (first as part of a Dolby Cinema at AMC Prime demo, then at last fall's Luxury Tech Show, snd now here). 'The Scorch Trials' doesn't overall wow in the same way CGI material will, simply because it has a much more muted color palette. That said, glancing between HD and UHD, it was like someone had cleaned the UHD camera lens. Imagery really pops. Sequences with bright blue and cloudy skies really benefit from added visible details in the highlights. Giant post-apocalyptic city shots also offer more detail in the layers of crumbling, sandy-brown concrete. Shadow detail is another strength; the film's opening sequence takes place at night with shots of faceless people trudging through a crowd -- the HD Rec 709 material crushes, while you can see much more clothing in the UHD HDR version. Fox gave me a copy of this title and when I get in my next UHD loaner from Samsung (also a JS9500), I look forward to viewing the whole film. 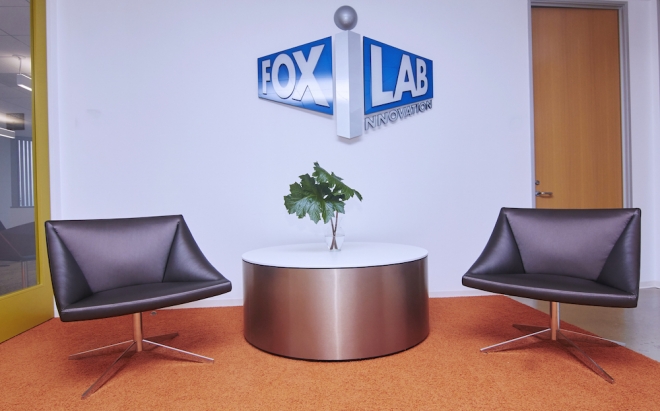 Fox was understandably mum on what catalog titles we may or may not see by the end of 2016 (it's really going to depend on available assets and what will look best in HDR with WCG), but the big takeaway is this:

Going forward, all Fox feature new releases are going to be day-and-date with the option to buy Ultra HD Blu-ray and Blu-ray (as well as digital HD and digital UHD). That's fantastic news.

Though 'The Peanuts Movie' Ultra HD Blu-ray has Dolby Atmos, and DTS is a partner in the Innovation Lab, Fox has been pretty quiet on using object-based sound mixes for Ultra HD Blu-ray. I asked about this, but there's really no new information to glean, or titles to announce.

To be completely honest, this bums me out, if only because when you're a studio with titles like 'Life of Pi', which set the bar for Dolby Atmos theatrically, and 'The Revenant', whose Atmos mix is simply transportive, it's borderline tragic (in the artistic sense) that we'll never be able to hear the full mix those insanely talented sound teams and filmmakers put together.

Though the purposes of our demonstration was to highlight the visual upgrades of Ultra HD with HDR -- an experiment that was wholly successful -- I would personally implore Fox, and every studio home entertainment division, to release all titles in Dolby Atmos or DTS:X (assuming there are theatrical mix elements available). These sound formats are mind-blowing in the home whether or not you have entry-level or audiophile gear, and drop down wonderfully into 7.1 or 5.1 in legacy surround systems.

Okay, off my soap box. 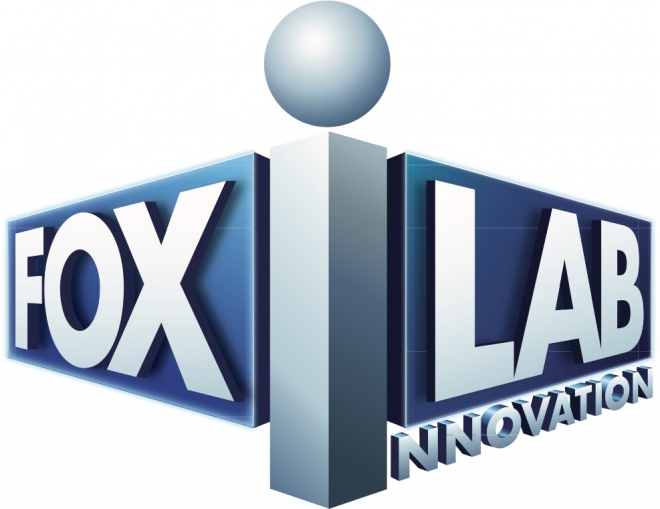 I've been drooling over High Dynamic Range and Wide Color Gamut since Dolby invited me to a demo for a product we now know as Dolby Vision. Everyone still has a lot to learn about what's possible (especially yours true) and what's accurate, but UHD Blu-ray with HDR/WCG paints a future of dazzlingly cinematic imagery. Is it heads and tails better than Blu-ray? Sometimes no, but for key content and lighting conditions, yes, resoundingly so. Especially CGI animation. Either way, it's all about story. Clearer imagery. More accurate dynamic range. Richer color rendering. If all of these things support the story, it's only easier for us to suspend our disbelief and slip into fantastic worlds of drama and comedy.

Thanks so much to the Fox Innovation Lab for inviting us for a tour and for showing us the value of Ultra HD with HDR/WCG. It's hard to go backwards once you've seen the differences with your own two eyes. Here's hoping we get as much content as possible to enjoy this format -- either via physical media or streaming -- for years to come.