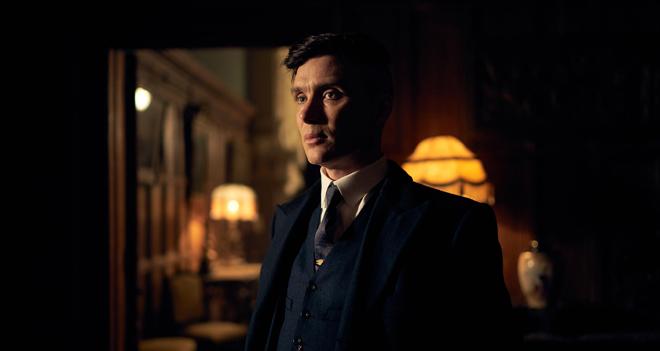 Netflix, Hulu, and Apple have all released new previews and info for several of their upcoming shows and films.

Invader Zim: Enter the Florpus (Netflix, Now Streaming) - ZIM discovers his almighty leaders never had any intention of coming to Earth and he loses confidence in himself for the first time in his life, which is the big break his human nemesis, Dib has been waiting for. Starring Richard Steven Horvitz, Rikki Simons, and Andy Berman. Created by Jhonen Vasquez.

American Factory (Netflix, August 21) - From Academy Award-nominated and Emmy Award-winners Julia Reichert and Steven Bognar (“The Last Truck: Closing of a GM Plant,” “A Lion in the House,” “Seeing Red”) comes American Factory, a Netflix Original Documentary presented by Higher Ground Productions and Participant Media. The acclaimed film takes a deep dive into a post-industrial Ohio, where a Chinese billionaire opens a new factory in the husk of an abandoned General Motors plant and hires two thousand blue-collar Americans. Early days of hope and optimism give way to setbacks as high-tech China clashes with working-class America.

13 Reasons Why: Season 3 (Netflix, August 23) - A new harrowing crime unfolds in Season 3 of 13 Reasons Why as the characters try to uncover who killed Bryce Walker. Based on the best-selling books by Jay Asher, Season 1 follows teenager Clay Jensen (Dylan Minnette) as he returns home from school to find a mysterious box with his name on it lying on his porch. Inside he discovers a group of cassette tapes recorded by Hannah Baker (Katherine Langford) - his classmate and crush-who tragically committed suicide two weeks earlier. On tape, Hannah unfolds an emotional audio diary, detailing the thirteen reasons why she decided to end her life. Through Hannah and Clay's dual narratives, 13 Reasons Why weaves an intricate and heartrending story of confusion and desperation that will deeply affect viewers.

Falling Inn Love (Netflix, August 29) - After losing her job and her boyfriend, city girl Gabriela (Christina Milian) spontaneously enters a contest and wins a rustic New Zealand inn. Thousands of airline miles later, she discovers that The Bellbird Valley Farm boasts a crumbling facade, a goat house-mate, and a meddling neighbor who covets the space. Eager to renovate and sell the property fast, she partners with Jake Taylor (Adam Demos), the Kiwi contractor who's amused by her city-girl culture shock. Now she has to make a decision to continue the life that she is building, or return to the life that she's left behind.

Dolemite Is My Name (Netflix, Fall) - Stung by a string of showbiz failures, floundering comedian Rudy Ray Moore (Academy Award nominee Eddie Murphy) has an epiphany that turns him into a word-of-mouth sensation: step onstage as someone else. Borrowing from the street mythology of 1970s Los Angeles, Moore assumes the persona of Dolemite, a pimp with a cane and an arsenal of obscene fables. However, his ambitions exceed selling bootleg records deemed too racy for mainstream radio stations to play. Moore convinces a social justice-minded dramatist (Keegan-Michael Key) to write his alter ego a film, incorporating kung fu, car chases, and Lady Reed (Da’Vine Joy Randolph), an ex-backup singer who becomes his unexpected comedic foil. Despite clashing with his pretentious director, D’Urville Martin (Wesley Snipes), and countless production hurdles at their studio in the dilapidated Dunbar Hotel, Moore’s Dolemite becomes a runaway box office smash and a defining movie of the Blaxploitation era.

Looking for Alaska (Hulu, October 18) - The series centers around teenager Miles “Pudge” Halter (Charlie Plummer), as he enrolls in boarding school to try to gain a deeper perspective on life. He falls in love with Alaska Young (Kristine Froseth), and finds a group of loyal friends. But after an unexpected tragedy, Miles and his close friends attempt to make sense of what they’ve been through. The series stars Charlie Plummer, Kristine Froseth, Denny Love, Jay Lee, Landry Bender, Sofia Vassilieva, Uriah Shelton, and Jordan Connor. Also starring are Ron Cephas Jones (This Is Us) and Timothy Simons (Veep).

- Pricing and a launch date for Apple TV+ have not been announced yet, but the service is expected to debut this fall.