Antoine Fuqua's western is riding toward Blu-ray and Ultra Blu-ray in December.

As previously reported, Sony is preparing 'The Magnificent Seven (2016)' for Blu-ray and Ultra HD Blu-ray, and now the release date has been set for December 20. In addition, a Best Buy Exclusive Steelbook Ultra HD Blu-ray is also available for pre-order.

Director Antoine Fuqua brings his modern vision to a classic story in 'The Magnificent Seven.' With the town of Rose Creek under the deadly control of industrialist Bartholomew Bogue, the desperate townspeople employ protection from seven outlaws, bounty hunters, gamblers and hired guns. As they prepare the town for the violent showdown that they know is coming, these seven mercenaries find themselves fighting for more than money. 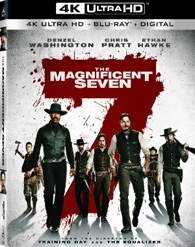 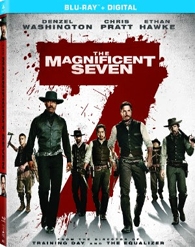