The action-packed Stephen King adaptation is up for pre-order at Amazon.

As previously reported, Sony is preparing 'The Dark Tower' for a Blu-ray and Ultra HD Blu-ray release later this year, and now the date has been set for October 31.

The last Gunslinger, Roland (Idris Elba), has been locked in an eternal battle with the Man in Black (Matthew McConaughey), determined to prevent him from toppling the Dark Tower, which holds the universe together. With the fate of the worlds at stake, good and evil will collide in the epic battle as only Roland can defend the Tower from the Man in Black.

The releases will feature a Dolby Atmos soundtrack and the 4K edition will also include Dolby Vision.

You can find the latest specs for The Dark Tower linked from our Blu-ray Release Schedule, where it is indexed under October 31. 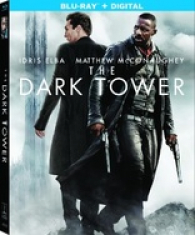 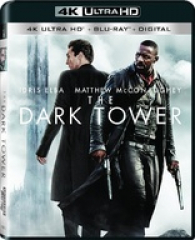