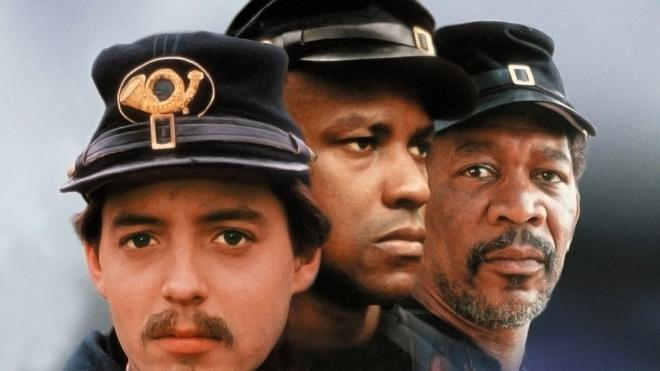 The classic war drama is getting a 4K upgrade for the film's 30th anniversary this July.

Commemorate the 30th anniversary of Edward Zwick’s Glory: the heart-stopping story of the first black regiment to fight for the North in the Civil War, starring Matthew Broderick, Denzel Washington, Cary Elwes and Morgan Freeman. Broderick and Elwes are the idealistic young Bostonians who lead the regiment; Freeman is the inspirational sergeant who unites the troops; and Denzel Washington, in an Academy Award®-winning performance (1989, Best Supporting Actor), is the runaway slave who embodies the indomitable spirit of the 54th Regiment of Massachusetts. Screenplay by Kevin Jarre.

To mark the 30th anniversary of this Civil War epic, Fathom Events, Turner Classic Movies and Sony Pictures will present Glory as part of the yearlong TCM Big Screen Classics series. The film will play in more than 600 movie theaters nationwide for two days only: July 21 and 24. Tickets and more information are available at www.FathomEvents.com.

You can find the latest specs for Glory - 4K Ultra HD Blu-ray linked from our 4K Blu-ray Release Schedule, where it is indexed July 30.