Following the reveal of Samsung's new 8K, MicroLED, and Lifestyle TV collections back at CES last month, the company has now detailed its full 2019 4K QLED lineup as well. The collection will consist of the Q60, Q70, Q80, and Q90 series with sizes ranging from 43 inches to 82 inches. 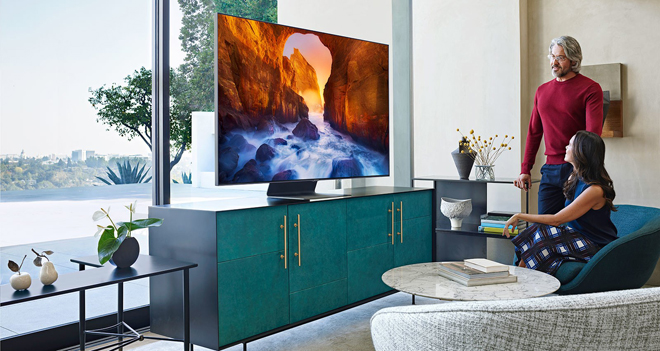 Pre-orders are now live for select models via Samsung.com with shipments expected to go out in early March. Though full details and pricing for every model have not been announced yet, here's a rundown of the info revealed so far:

"We have witnessed our customers' unfaltering confidence and affection towards Samsung QLED TVs within the past year," said Jongsuk Chu, Executive Vice President of Visual Display Business at Samsung Electronics. "This year, our 8K and 4K QLED line-ups are widening the gap in the market for ultra-large TVs. We are proud to deliver our most innovative and immersive lineup to date, and to give users more than they ever thought was possible before."