The action-comedy will hit both formats this August.

In an early announcement to retailers, Paramount is preparing 'Baywatch' on Blu-ray and 4K Ultra HD Blu-ray on August 29.

When a dangerous crime wave hits the beach, legendary Lt. Mitch Buchannon (Dwayne Johnson, The Fate of the Furious) leads his elite squad of badass lifeguards on a mission to prove you don't have to wear a badge to save the bay. Joined by a trio of hot-shot recruits including former Olympian Matt Brody (Zac Efron, Neighbors 2: Sorority Rising), they'll ditch the surf and go deep undercover to take down a ruthless businesswoman (Priyanka Chopra, TV's "Quantico"), whose devious plans threaten the future of the bay.

Each release will feature both the Theatrical & Extended Cuts of the film, Dolby Atmos soundtracks, and supplements include: Meet the Lifeguards; Continuing the Legacy; Stunts & Training; and Deleted & Extended Scenes

You can find the latest specs for Baywatch linked from our Blu-ray Release Schedule, where it is indexed under August 29. 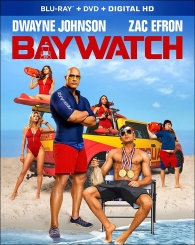 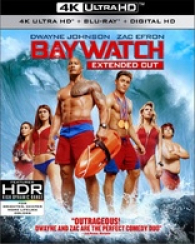