The horror remake will hit both formats in July and on digital at the end of June.

Paramount says Pet Sematary will be available on 4K Ultra HD Blu-ray and Blu-ray on July 9 (and on digital June 25).

After the Creed family relocates from Boston to rural Maine, they soon discover an ancient burial ground hidden deep in the woods near their new home. When tragedy strikes, the grief-stricken father is driven by the cemetery's sinister power, setting off a perilous chain of events that unleashes an unfathomable evil with horrific consequences. Some secrets are best left buried in this twisted thriller.

The 4K release will feature an HDR presentation, a Dolby Atmos soundtrack, and supplements on both releases will include:

The Tale of Timmy Baterman

You can find the latest specs for Pet Sematary linked from our 4K and Blu-ray Release Schedules, where it is indexed under July 9. 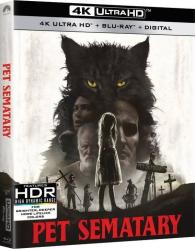 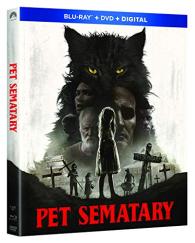