The new streaming show will hit Netflix next year.

Netflix has announced its newest original series. 'Dear White People' is based on the award-winning movie of the same name from writer/director/producer Justin Simien. The 10-episode, 30 minute show is being produced by Lionsgate and is set to premiere exclusively through Netflix in 2017.

"Justin is a gifted storyteller whose bold, unique vision is perfectly suited to Netflix," said Cindy Holland, Vice President of Original Content at Netflix. "His original film Dear White People announced the arrival of a fresh, creative voice that had everyone talking, and we're excited to have Justin create this new series for our members worldwide."

Set among a diverse group of students of color as they navigate a predominantly white Ivy League college where racial tensions are often swept under the rug, Dear White People is a send up of "post-racial" America that also weaves a universal story about forging one's own unique path. 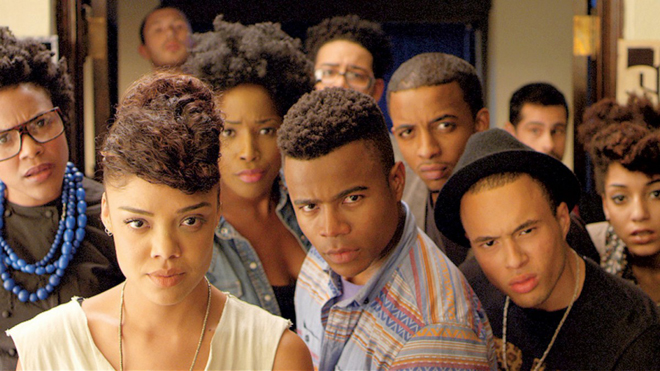 "We're proud to expand our partnership with our friends at Netflix on a comedy that tackles racial themes with a combination of intelligence, honesty, irreverence and wit," said Chris Selak, Executive Vice President, Television, Lionsgate Television. "Our original film with Roadside Attractions catapulted Dear White People into the national conversation about race, and Justin and the rest of the creative team have an opportunity to expand this world and bring its timely and universal themes to a global television audience."