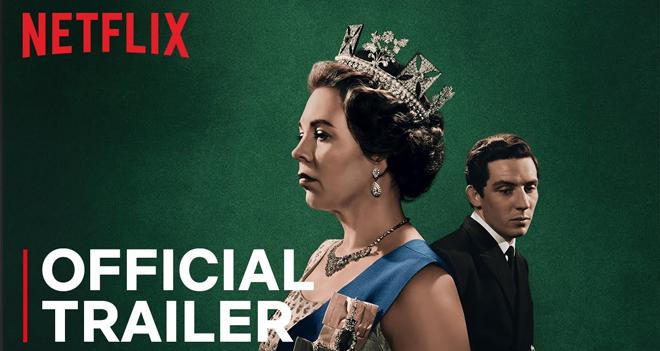 Coming Soon to Streaming: THE CROWN, THE KING, and More

The third season of Netflix's royal drama will start streaming in November.

Netflix and Amazon Prime Video have released new previews and info for several of their upcoming shows and films.

Atypical: Season 3 (Netflix, November 1) - A coming of age story that follows Sam (played by Keir Gilchrist), a 19-year-old on the autism spectrum as he searches for love and independence. While Sam is on his funny and emotional journey of self-discovery, the rest of his family must grapple with change in their own lives as they all struggle with the ongoing central theme of the series: what does it really mean to be normal? In season three, Sam starts his first year of college and is faced with the challenge of figuring out what success means for him, while adjusting to the changes that come with growing up.

Fire In Paradise (Netflix, November 1) - On the morning of November 8, 2018, a seemingly small fire broke out in Butte County, California near the town of Paradise. Over the course of a few short hours, the Camp Fire grew into the country’s deadliest wildfire in over a century, killing 85 people and destroying Paradise. Through first-hand footage of the disaster and personal interviews with survivors and emergency responders, Fire In Paradise vividly retells the terrifying survival stories from that day.

American Son (Netflix, November 1) - It's 3am on a rainy night in South Florida, and mother Kendra Ellis-Connor (Kerry Washington) paces anxiously in a police station waiting room as she tries to piece together what may have happened to her missing son. Faced with a series of infuriating unanswered questions, she navigates a system of unconscious bias, interweaving perspectives, and a tense marital dynamic with her ex-husband (Steven Pasquale) as they try to uncover the truth about their son's whereabouts.  Based on the acclaimed Broadway play, and also featuring reprised roles by Jeremy Jordan and Eugene Lee, American Son is an emotional depiction of modern day race dynamics and systemic tensions.

The King (Netflix, November 1) - Hal (Timothée Chalamet), wayward prince and reluctant heir to the English throne, has turned his back on royal life and is living among the people. But when his tyrannical father dies, Hal is crowned King Henry V and is forced to embrace the life he had previously tried to escape. Now the young king must navigate the palace politics, chaos and war his father left behind, and the emotional strings of his past life — including his relationship with his closest friend and mentor, the aging alcoholic knight, John Falstaff (Joel Edgerton). Directed by David Michôd and co-written by Michôd and Edgerton, The King co-stars Sean Harris, Ben Mendelsohn, Robert Pattinson, and Lily-Rose Depp.

The Devil Next Door (Netflix, November 4) - The true story of John Demjanjuk, a retired Ukrainian-American autoworker living a peaceful life with his family in Cleveland, Ohio suburbs in the 1980s. When a group of Holocaust survivors identify Demjanjuk’s photograph as “Ivan the Terrible” - a notoriously cruel Nazi death camp guard who tortured and killed nearly one million Jewish prisoners during World War II - Demjanjuk’s American dream is shattered and he is extradited to Israel to stand trial for crimes against humanity. Israel is transfixed as a media frenzy erupts around the trial in Jerusalem, the nation plunged into trauma and fascination by “the trial of the century.” As the case uncovers dark corners of memory and the horrors of war, the Demjanjuk case becomes a race against time for the defendant and his alleged victims.

Let It Snow (Netflix, November 8) - When a snowstorm hits a small midwestern town on Christmas Eve, a group of high school seniors find their friendships and love lives colliding thanks to a stranded pop star, a stolen keg, a squad of competitive dancers, a mysterious woman covered in tin foil, and an epic party at the local Waffle Town. Come Christmas morning, nothing will be the same. Based on the best-selling book by John Green, Maureen Johnson, and Lauren Myracle, Let It Snow stars Isabela Merced, Shameik Moore, Odeya Rush, Liv Hewson, Mitchell Hope, Kiernan Shipka, Jacob Batalon, and Joan Cusack.

The Crown Season 3 (Netflix, November 17) -  Tells the inside story of two of the most famous addresses in the world -- Buckingham Palace and 10 Downing Street - and the intrigues, love lives and machinations behind the great events that shaped the second half of the 20th century. Two houses, two courts, one Crown. As Queen Elizabeth II (Olivia Colman) faces a rapidly changing Britain, her family continues to struggle against the needs of the monarchy and the wants of their fracturing personal lives.

The Report (Amazon Prime Video, November 29) - Idealistic staffer Daniel J. Jones (Adam Driver) is tasked by his boss Senator Dianne Feinstein (Annette Bening) to lead an investigation of the CIA’s Detention and Interrogation Program, which was created in the aftermath of 9/11. Jones’ relentless pursuit of the truth leads to explosive findings that uncover the lengths to which the nation’s top intelligence agency went to destroy evidence, subvert the law, and hide a brutal secret from the American public.