The upcoming futuristic thriller will hit Netflix in 2017.

Netflix has announced the start of principal photography for its latest original film. 'Mute' comes from director Duncan Jones and stars Alexander Skarsgård ('Tarzan,' 'The Diary of a Teenage Girl'), Paul Rudd ('Ant-Man,' 'Anchorman') and Justin Theroux ('The Leftovers,' 'The Girl on the Train'). 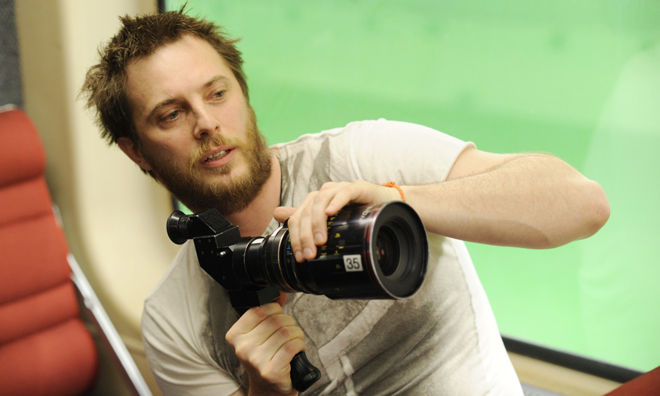 "Mute is an encapsulation of everything I am fascinated by; noir, science fiction, and unique people in trouble because of who and what they are. I'm delighted to be able to return to Berlin for the shoot, a place I lived for a period of time growing up, and I’m excited to be working with Netflix on a film that is so close to my heart," said Duncan Jones.

An exact release date has not been announced yet, but 'Mute' is expected to premiere in 2017. Other upcoming Netflix premieres include 'Black Mirror' on October 21, 'The Crown' on November 4, 'Lovesick' on November 17, 'Gilmore Girls: A Year in the Life' on November 25, and 'Iron Fist' on March 17.

Likewise, the streaming platform is also prepping new seasons of 'Chelsea,' 'Lady Dynamite,' and 'Real Rob,' a new sci-fi series called 'Travelers' from writer Brad Wright, the second season of 'Stranger Things' for 2017, the third season of 'Bloodline' for 2017, new episodes of the documentary series 'Making a Murderer,' 'Bill Nye Saves the World' for 2017, Marvel's 'The Punisher,' Spike Lee's 'She's Gotta Have It,' and a feature film adaptation of the manga 'Death Note.'