The live action adaptation of the popular manga series will hit Netflix next year.

Netflix has announced the start of principal photography for its latest original film. 'Death Note' comes from director Adam Wingard ('The Guest,' 'You're Next') and producers Roy Lee ('The Ring,' 'The Departed'), Dan Lin ('The Lego Movie,' 'Sherlock Holmes'), Jason Hoffs ('Edge of Tomorrow'), and Masi Oka ('Heroes Reborn,' 'Hawaii-Five-0').

"Our vision for Death Note has always been to bring this captivating story to the screen for its longtime manga fans and to introduce the world to this dark and mysterious masterpiece. The talent and diversity represented in our cast, writing, and producing teams reflect our belief in staying true to the story's concept of moral relevance -- a universal theme that knows no racial boundaries," stated producers Roy Lee and Dan Lin. 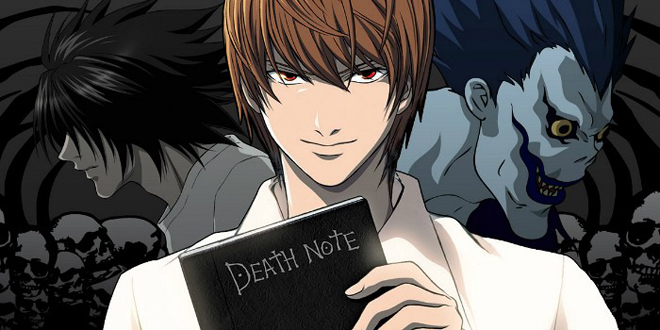 Based on the famous Japanese manga written by Tsugumi Ohba and Takeshi Obata, 'Death Note' follows a high school student who comes across a supernatural notebook, realizing it holds within it a great power; if the owner inscribes someone's name into it while picturing their face, he or she will die. Intoxicated with his new godlike abilities, the young man begins to kill those he deems unworthy of life.

An exact release date has not been announced, but the film is set to premiere globally through Netflix in 2017. A current Netflix subscription starts at $10 for HD streaming and $12 for Ultra HD streaming.

An exact release date has not been announced, but the film is set to premiere globally through Netflix in 2017. A current Netflix subscription starts at $10 for HD streaming and $12 for Ultra HD streaming.