The 4K release of the cult classic starring Bruce Campbell will be available in Dolby Vision 4K this October.

In an early announcement to retailers, Lionsgate is preparing The Evil Dead for 4K Ultra HD Blu-ray on October 9. 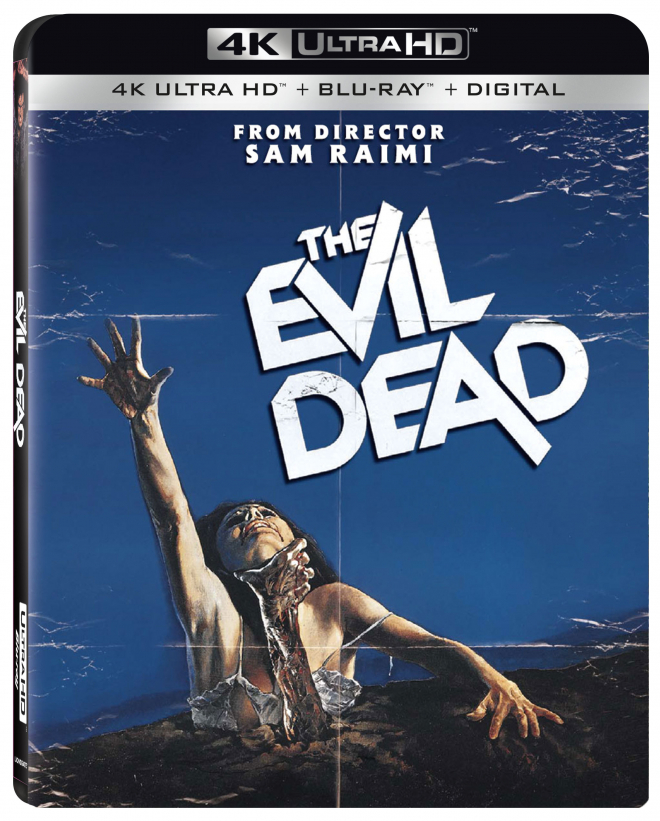 More than 35 years ago, a low-budget horror movie roared across movie screens and changed the velocity of fear forever — and made a cult legend out of Bruce Campbell in his iconic role as the lethal, wisecracking Ash Williams. Now, for the first time, you can experience the ferocious ingenuity, relentless shocks, and gore-gushing havoc of the original Sam Raimi masterpiece in 4K!

The release will feature a Dolby Vision presentation of the film with lossless 5.1 audio and supplements include an audio commentary with writer-director Sam Raimi, producer Robert Tapert, and star Bruce Campbell.

You can find the latest specs for The Evil Dead 4K Ultra HD Blu-ray linked from our 4K Blu-ray Release Schedule, where it is indexed under October 9.