The sequel starring Jesse Eisenberg, Mark Ruffalo, and Woody Harrelson will appear on Blu-ray and Ultra HD Blu-ray in September.

In an early announcement to retailers, Lionsgate is preparing 'Now You See Me 2' for Blu-ray and Ultra HD Blu-ray on September 6.

The Four Horsemen return for a second mind-bending adventure, elevating the limits of stage illusion to new heights in hopes of clearing their names and exposing the ruthlessness of a dangerous tech magnate. 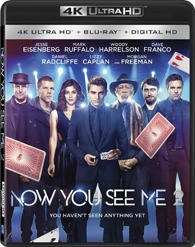 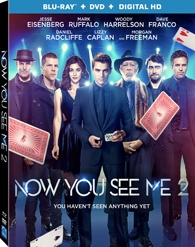