The action-packed crime thriller starring Jason Statham is getting a 4K upgrade this August.

In an early announcement to retailers, Lionsgate is set to release 'Transporter 3' on 4K Ultra HD Blu-ray on August 7.

Jason Statham is back as Frank Martin, the Transporter, in this explosive third installment of the action-adventure series. This time, Frank is presented an offer he can't refuse and ends up with a mysterious passenger and a dangerous destination — calling for a new machine and new rules. The stakes are bigger, the enemy is deadlier, and the action has never been hotter.

You can find the latest specs for Transporter 3 - 4K Ultra HD Blu-ray linked from our 4K Blu-ray Release Schedule, where it is indexed under August 7. 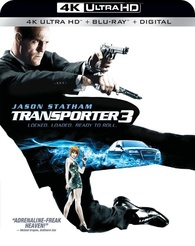