The sports comedy will be available on both formats in October.

In an early announcement to retailers, Lionsgate says Uncle Drew will be available on Blu-ray and 4K Ultra HD Blu-ray on September 25.

After Dax (Lil Rel Howery) loses his street ball team to his archrival (Nick Kroll), he's desperate for a way to enter the upcoming tournament and win the cash prize. Dax stumbles upon the man, the myth, the legend Uncle Drew (NBA All-Star Kyrie Irving), and draws up a crazy game plan: convince Drew and his old squad (Shaquille O'Neal, Chris Webber, Reggie Miller, Nate Robinson, and Lisa Leslie) to hit the court one more time and prove that septuagenarians can still win the big one!

Each release will have a Dolby Atmos soundtrack (the 4K UHD will also feature Dolby Vision) and supplements include:

"Who is Uncle Drew? The Making of a Basketball Icon" Featurette

You can find the latest specs for Uncle Drew linked from our Blu-ray and 4K Release Schedules, where it is indexed under September 25. 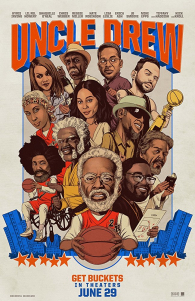 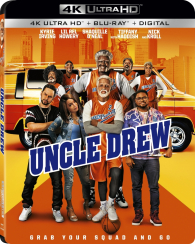