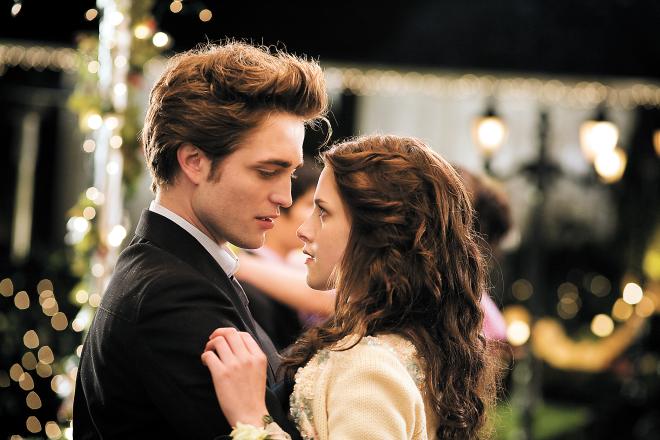 Catherine Hardwicke's fantasy romance is headed for 4K this October.

High-school student Bella Swan (Kristen Stewart), always a bit of a misfit, doesn't expect life to change much when she moves from sunny Arizona to rainy Washington state. Then she meets Edward Cullen (Robert Pattinson), a handsome but mysterious teen whose eyes seem to peer directly into her soul. Edward is a vampire whose family does not drink blood, and Bella, far from being frightened, enters into a dangerous romance with her immortal soulmate.

The Twilight 4K Ultra HD Combo Pack includes hours of in-depth special features and includes a brand-new, never-before-seen featurette, “Twilight Tour…10 Years Later,” which follows director Catherine Hardwick and actor Jackson Rathbone through memorable sets from the film. Experience The Twilight Saga in four times the resolution of full HD with the Twilight 4K Ultra HD Combo Pack and all five films on Digital 4K Ultra HD, which includes Dolby Vision™ HDR to bring the epic romance to life through ultra-vivid picture quality. When compared to a standard picture, Dolby Vison can deliver spectacular colors never before seen on the screen, highlights that are up to 40 times brighter, and blacks that are 10 times darker. The release also features Dolby Atmos® audio mixed specifically for the home to place and move audio anywhere in the room, including overhead. The Twilight 4K Ultra HD Combo Pack will be available for the suggested retail price of $22.99.

•    “A Conversation with Stephenie Meyer” Featurette

•    “Music: The Heartbreak of Twilight” Featurette

•    Cast Interviews on the Red Carpet

You can find the latest specs for Twilight - 4K Ultra HD Blu-ray linked from our 4K Blu-ray Release Schedule, where it is indexed under October 23.