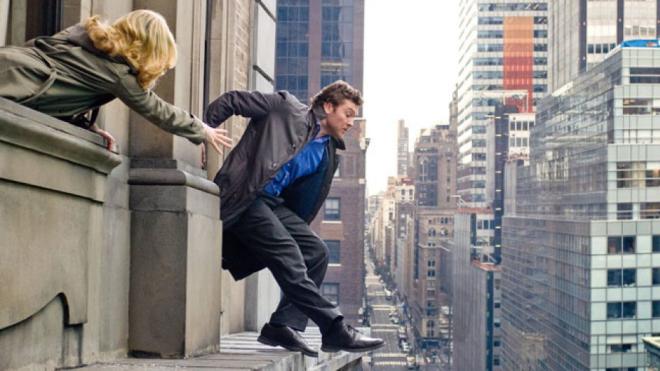 MAN ON A LEDGE Announced for 4K Ultra HD Blu-ray

Lionsgate is preparing Man on a Ledge for 4K Ultra HD Blu-ray on April 9.

In the film critics call a “white-knuckle action thriller (Mose Persico, CTV Montreal),” ex-cop Nick Cassidy (Sam Worthington) escapes from prison to plan the ultimate heist; steal a $40 million diamond from cutthroat businessman David Englander (Ed Harris), and in the process prove his own innocence. From the ledge of the famous Roosevelt Hotel with the whole world watching, Cassidy plays a clever game of cat and mouse with the NYPD while his dutiful brother Joey (Jamie Bell) races against the clock to extract the diamond and clear his brother’s name.

The 4K release will feature Dolby Vision HDR, a Dolby Atmos soundtrack, and supplements include “The Ledge” Featurette and Trailer with Commentary by Elizabeth Banks.

You can find the latest specs for Man on a Ledge - 4K Ultra HD Blu-ray linked from our 4K Blu-ray Release Schedule, where it is indexed under April 9.