In an early announcement to retailers, Lionsgate is set to release 'Dirty Grandpa' on 4K Ultra HD Blu-ray on June 12.

Robert De Niro and Zac Efron get down and dirty in this raunchy comedy about a wild road trip shared by an uptight guy and his foul-mouthed granddad.  The film co-stars Julianne Hough, Aubrey Plaza, Zoey Deutch, and Dermot Mulroney. 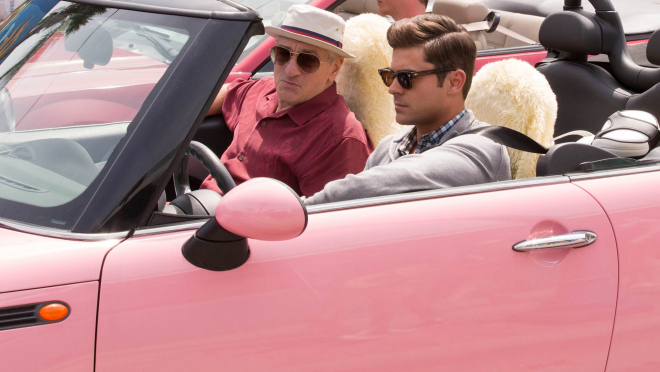 The 4K release will feature 2160p video in Dolby Vision with Dolby Atmos audio and supplements include:

“Lessons in Seduction” Featurette
“Filthy Filmmakers Who Have No Shame” Audio Commentary (Blu-ray™ Only)
“The Filthy Truth: The Making of Dirty Grandpa” Featurette
“Daytona Heat” Featurette
“I Got Nothin’ to Hide: A Look at Daytona’s Most Vibrant Drug Dealer” Featurette
Gag Reel

You can find the latest specs for Dirty Grandpa - 4K Ultra HD Blu-ray linked from our 4K Blu-ray Release Schedule, where it is indexed under June 12.