The show's final season and a complete series package are set for release in December.

As previously reported, HBO is prepping Game of Thrones: The Complete Eighth Season for 4K Ultra HD Blu-ray and Blu-ray, and now the release date has been announced as December 3.

Likewise, a Game of Thrones: The Complete Collection with all eight seasons and special collectible packaging, and a Complete Series set without special packaging are also heading to Blu-ray (but not 4K) on December 3.

Game of Thrones: The Complete Collection will be available as an ultra-premium, limited-edition Blu-ray package housed in a wooden shadow box case, featuring multi-layered panel designs by Robert Ball. Each season will be represented by a different layer focusing on iconic characters and memorable moments from the show. In addition, the set will also include a "Hand of the King" pin clasp to hold all nine custom plated disc sleeves.

Check out a preview of the special packaging below!

Full technical specs for Game of Thrones: The Complete Collection have not been announced yet, and the press release does not mention whether or not the package will include the Dolby Atmos audio mixes found on some of the previously released Blu-rays. Supplements will include:

Check out a clip from the new Reunion Special below!

Meanwhile, full technical specs for Game of Thrones: Season 8 on 4K Blu-ray and Blu-ray have not been announced yet either, but supplements will include: 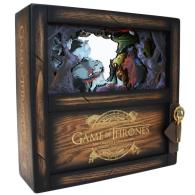 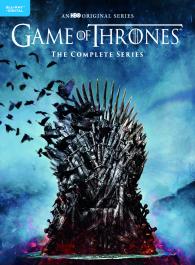 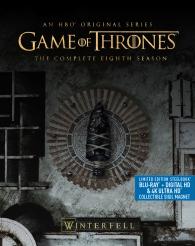 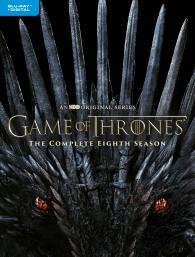