The Star Wars franchise might be making its 4K Ultra HD Blu-ray debut in 2018.

According to a report from The Digital Bits, Star Wars: The Last Jedi is rumored for a 4K Ultra HD Blu-ray release sometime next year. The news comes from five of the site's international and domestic retail sources which all state that the film will hit 4K Blu-ray, Blu-ray, and DVD on the same day.

In addition, listings for the potential 4K disc are now live on Swedish retailers CDON.se and DiscShop.se, along with separate Blu-ray, Blu-ray SteelBook, Blu-ray 3D/Blu-ray, and DVD versions. With that said, the studio has yet to officially confirm the disc and no release date has been announced. 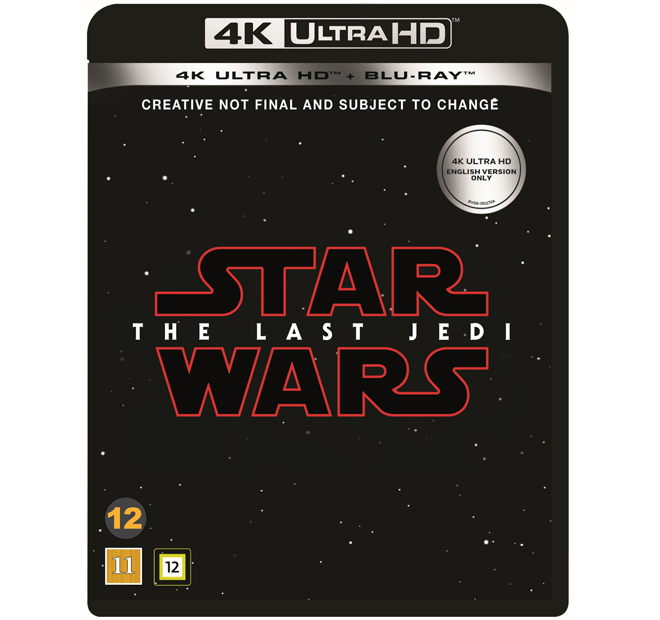 Though full specs for the rumored 4K Blu-ray have not been revealed, the film was completed with a 4K digital intermediate and made its world cinema premiere in Dolby Vision and Dolby Atmos.

Star Wars: The Last Jedi is set to hit theaters on December 15. The movie comes from director Rian Johnson and will pick up where Star Wars: The Force Awakens left off, following Rey (Daisy Ridley) as she continues her epic journey with Finn (John Boyega), Poe (Oscar Isaac) and Luke Skywalker (Mark Hamill) in the next chapter of the Star Wars saga. The film also stars Adam Driver as Kylo Ren, Carrie Fisher as General Leia, Gwendoline Christie as Captain Phasma, Domhnall Gleeson as General Hux, Lupita Nyong'o as Maz, Peter Mayhew as Chewbacca, Andy Serkis as Supreme Leader Snoke, Anthony Daniels as C-3PO, and Benicio Del Toro as DJ.