The Avengers will assemble in 4K HDR and HD next month.

Additionally, Marvel Studios will also release The Avengers and Avengers: Age of Ultron on 4K UHD digitally on July 31, 2018 and physically on August 14, 2018 on the heels of the Avengers: Infinity War in-home release. Best Buy will also have SteelBooks for both films. 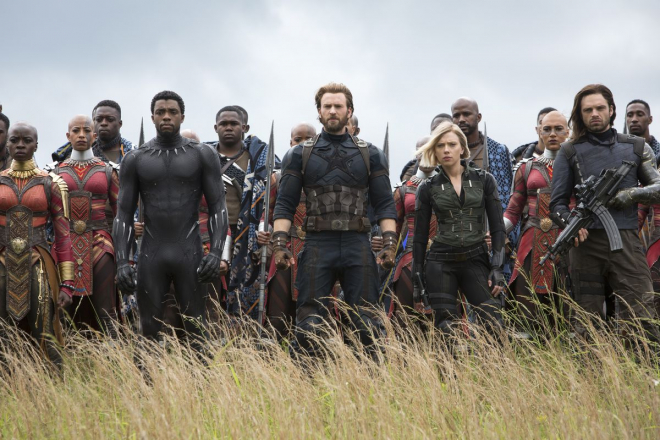 As the Avengers and their allies have continued to protect the world from threats too large for any one hero to handle, a new danger has emerged from the cosmic shadows: Thanos. A despot of intergalactic infamy, his goal is to collect all six Infinity Stones, artifacts of unimaginable power, and use them to inflict his twisted will on all of reality. Everything the Avengers have fought for has led up to this moment - the fate of Earth and existence itself has never been more uncertain.

The releases will feature lossless 7.1 audio (Dolby Atmos on the 4K UHD) and supplements include:

Strange Alchemy (5:08)– Share the thrill of characters from across the MCU meeting for the first time—and discover why some were teamed up together.
The Mad Titan (6:34) – Explore the MCU's biggest, baddest villain, his trail of influence through the stories, and the existential threat he represents.
Beyond the Battle: Titan (9:36) – Dive into the climactic struggle on Thanos' ruined world, including the epic stunts and VFX, to uncover the source of its power.
Beyond the Battle: Wakanda (10:58) – Go behind the scenes to find out how the filmmakers pulled off the most massive and challenging battle Marvel had ever attempted.
Deleted and Extended Scenes (10:07)
Gag Reel (2:05)– Watch your favorite Super Heroes make super gaffes in this lighthearted collection of on-set antics.
Audio Commentary (approx. 149 min.) by Anthony and Joe Russo, Christopher Markus and Stephen McFeely

You can find the latest specs for Avengers: Infinity War linked from our Blu-ray and 4K Release Schedules, where it is indexed under August 14. 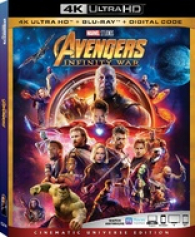 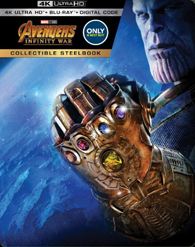 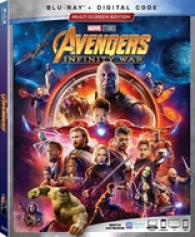 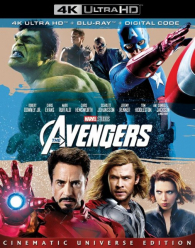 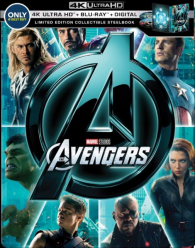 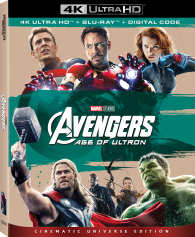 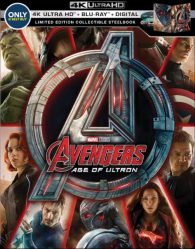