According to a report by The Digital Bits, Disney is likely prepping The Lion King, The Little Mermaid, and Wreck-It Ralph for 4K Ultra HD Blu-ray later this year.

Though the studio has not yet confirmed the news, international retail listings point to a potential November or December release for the titles, which would coincide with the upcoming November 21 theatrical premiere of Ralph Breaks the Internet.

The Lion King - Embark on an extraordinary coming-of-age adventure as Simba, a lion cub who cannot wait to be king, searches for his destiny in the great "Circle of Life." You will be thrilled by the breathtaking animation, unforgettable Academy Award winning music.

The Little Mermaid - Venture under the sea where Ariel, a free-spirited mermaid princess; longs to be part of the human world. After bravely striking a bargain with Ursula, a sneaky sea witch, Ariel embarks on the adventure of a lifetime. With Flounder and Sebastian at her side, Ariel will need all of her courage and determination to make things right in both her worlds.

Wreck it Ralph - For decades, Ralph has played the bad guy in his popular video game. In a bold move, he embarks on an action-packed adventure and sets out to prove to everyone that he is a true hero with a big heart. As he explores exciting new worlds, he teams up with some unlikely new friends including feisty misfit Vanellope von Schweetz. Then, when an evil army threatens their world, Ralph realizes he holds the fate of the entire arcade in his massive hands. 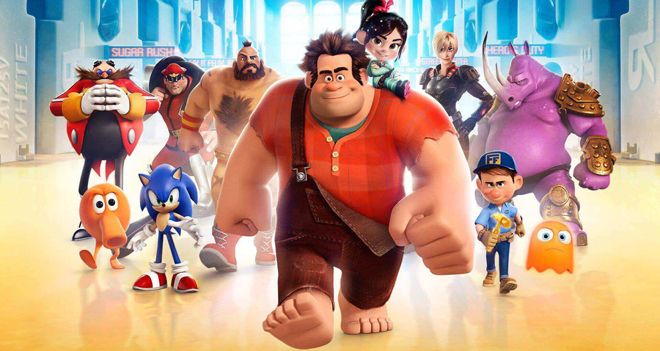 You can find the latest specs for The Lion King, The Little Mermaid, and Wreck-It Ralph linked from our 4K Blu-ray Release Schedule, where they are indexed under PENDING.