I've lost track of how many times The Lion King has been released on home video. From VHS to LaserDisc, DVD, Blu-ray, and 3D Blu-ray, here we are returning to the Pride Lands in 4K with a new Ultra HD HDR10 video transfer, Dolby Atmos surround, the same special features from last year's Signature Edition Blu-ray, and a 4K Digital Copy code for access to a Dolby Vision / Dolby Atmos streaming version along with all of the bonus materials from the Platinum & Diamond Edition releases. But is it worth the sextuple-dip? Let's find out. 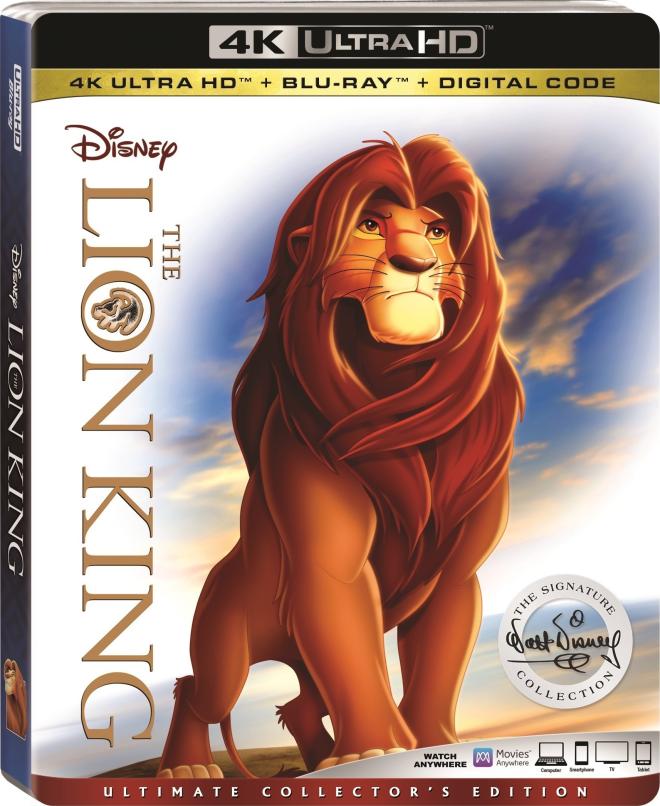 (Written by Aaron Peck for the Diamond Edition Blu-ray.)

There's something about The Lion King that makes me feel like a kid again. It's one of Disney's most sweepingly epic movies. It sucks you in with its illustrious animation, and keeps you interested because of its intriguing story and fun characters. It only seems to get better with age. After revisiting it on Blu-ray I've come to the conclusion that it's simply a timeless animated feature that will continue to be loved by people the world over decade after decade.

The Lion King isn't without its controversy. Some say it was lifted directly from the Japanese story of Kimba the White Lion. Disney insists it's their take on Hamlet. Sharing, borrowing, and adapting has been commonplace in moviemaking for years. Truthfully, it doesn't matter to me one way or the other. The end product that Disney put out has enthralled audiences since its release. Not too many movies have staying power like that. In fact, it was just rereleased in theaters and handily beat out the competition for the number one spot. Seventeen years later and people are still clamoring to see this movie on the big screen. Only a very small percentage of films in history could pull off a feat like that.

We all know the story by now. Simba (Jonathan Taylor Thomas) is a king in waiting. His father, Mufasa (James Earl Jones) is king of the pride lands. He explains to Simba that life and nature have a natural balance. Most movies that involve animals, both predatory and prey, usually treat everyone like equals. Providing an illusion where ferocious carnivores don't actually eat any of the cute herbivores. Not 'The Lion King.' Mufasa talks openly with Simba about how they do eat other animals, but he's able to explain it in such a way that it makes the process seem more respectable and less like animal homicide. This one aspect alone makes The Lion King a more grown-up, realistic animated feature. No false illusions are spread. Kids aren't taught that lions and zebras can run around in fields together without consequence. The Lion King has the ability to spark discussion between kids and parents about aspects like life and death. So many animated features breeze by us with a few fart and poop jokes and that's it. The Lion King is different. It's deeper. It has something else to share besides being a colorful electronic babysitter.

I don't remember when exactly I last watched The Lion King. I do, however, remember wearing out our VHS copy when it first came out. Its animation was truly spectacular, and for an animation junkie like me, I was enthralled. Its songs, which I haven't listened to in their entirety for years, were to my surprise stuck firmly into my memory banks. As soon as the music started, my wife and I started singing along with them. I can go years without hearing the songs and in an instant the memories of them come flooding back. That's how memorable those musical numbers are.

I will admit that nostalgia has probably gotten the better of me during this review. Waxing hyperbolic about how much I unabashedly love The Lion King. With classics such as this, it's easy to get lost in the memories. Building up the movie to something more than it is. Though my fond memories of the movie may be clouding my critical vision, I must say that The Lion King isn't just a classic in my mind. I think that was proved upon its theatrical re-release. It's a movie that will be infinitely relatable to every generation. It doesn't seem dated at all. I truly think that it will continue to be remembered as a classic film and that endless generations of kids and adults will be entertained by it.

The Lion King just can't wait to be on 4K as part of a two-disc Signature Edition. Inside the standard black case, you'll find one 4K Ultra HD Blu-ray, one Blu-ray, and a code to unlock the 4K Digital Copy via Movies Anywhere. Our copy did not include a slipcover. Sneak Peaks on the Blu-ray include Coco, Disney Movie Rewards, and The Lion Guard. 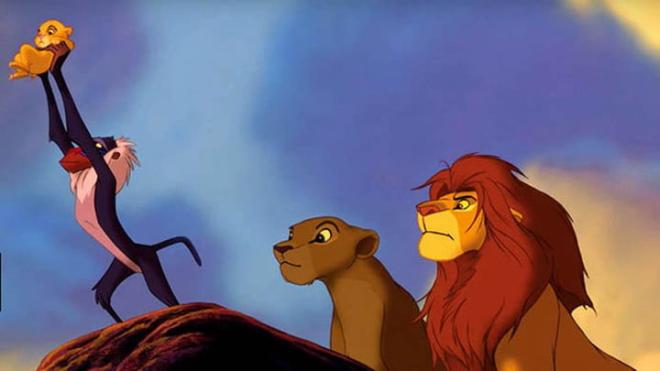 This was a tough review to crack.

Watching the new 2160p HEVC 4K HDR10 video transfer on its own, The Lion King looks terrific. Gorgeous color rendering, from primaries to pastels. Inky black levels. Sharp characters and backgrounds. No signs of encoding artifacts, banding, dirt, or debris. Outside of some intentional softness, The Lion King looks as genuinely marvelous as it always has.

And, yet, I couldn't help but feel that the movie seemed a little flat in places.

At first, I struck this up to my love for the 2011 3D version, which I adore for the way the post-conversion makes one feel like you're flying through a painting. But then I popped in the included Signature Edition Blu-ray, and was shocked to see brighter colors despite its standard dynamic range and narrower Rec.709 color gamut. I also couldn't see much of a difference in terms of sharpness or resolution.

What does this mean for you?

Look close enough and you can see the added resolution in the 4K transfers, but at normal sitting distances, it's almost impossible to see. The bigger question is whether or not you have a capable HDR10 TV. Disney appears to have graded this movie for its brightest moments, which means those who don't have a 1,000-nit display may experience a darker picture compared to the standard Blu-ray and Dolby Vision iterations. Still, the only way you'll notice is if you're doing direct a-to-b or side-by-side comparisons.

The Lion King looks great in 4K, yet most folks should be fine sticking with the Blu-ray -- it's still a stunner -- unless you have a brighter HDR10 4K TV or a projection setup. For anyone wondering what wins in a 3D versus 4K battle, as I mentioned above, that 3D version of this movie is an extremely immersive experience and remains my favorite way to watch. That said, if I'm going with 2D, the Dolby Vision streaming version is a nice compromise of brightness, color, and resolution, but I'm not sure how its lower bitrate will hold up on 75" or larger displays. (4K HDR10 Video Rating: 90/100) 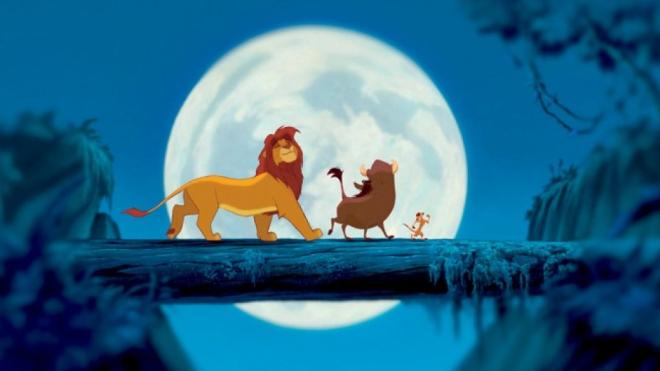 Compared to the video, the audio is much easier to review (plus it was a great way to say goodbye to my borrowed Klipsch RF-7 III Floorstanders). This new Dolby Atmos track is very similar to the reference-quality 7.1 DTS-HD MA mix found on the standard Blu-ray. It's a dynamic soundtrack with an excellent blend of vocal performances, sound effects, music, and deep rumbling LFE for everything from thumping elephant feet to orchestral drums to guttural lion roars.

The Atmos incarnation then adds in a moderate-to-minor overhead sound placement. For the most part, it's orchestral and music elements, which creates a nice hemispherical dome every time a song or the score rises. Hans Zimmer's music has never sounded as full or immersive. A few environmental effects take new positions overhead as well, especially during the action sequences like the stampede and the film's climax. Despite the added immersion, I wish the sound designers did more with the Atmos format; instances of rain or characters leaping up and over the camera remain positioned as ear-level effects. By comparison, if you're rocking the 7.1 mix, Dolby Surround and DTS:Nueral:X up-mixers do a better job of placing certain sounds naturally than the native Atmos mix.

In comparing the 4K Blu-ray Dolby Atmos to the 7.1 DTS-HD MA Blu-ray and Vudu UHD Dolby Atmos variations of this mix, the lossless physical media releases are louder with a wider, fuller soundstage and deeper bass notes. The lossy Dolby Atmos streaming version offers the added immersion of its lossless brother, but was softer and sounded less dynamic overall, which is what we'd expect. Still, they all sound very good.

At the end of the day, The Lion King roars in Dolby Atmos and it's still a reference quality mix... it's just not an overly-aggressive Atmos mix when comparing it to movies like The Matrix or Pacific Rim. (Dolby Atmos rating: 95/100) 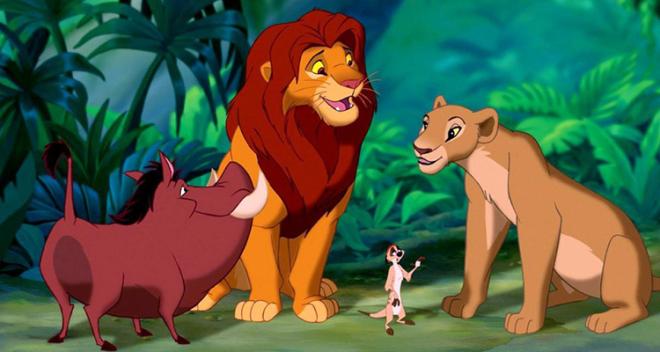 The Lion Kings returns to the Signature Edition with the same supplemental materials as last year's Blu-ray Signature Edition, which can all be found on the set's Blu-ray as well as on the various Movies Anywhere partner streaming platforms when you unlock your Digital Copy. While it would have been nice to have all of the Platinum, Diamond, and Signature Edition special features all on disc together, it's nice to know you can access hours of materials digitally. Still, completists and anyone who doesn't stream, should hang onto their previous DVD and Blu-ray boxed sets.

When you redeem your Digital Copy code, which you should do by December 4, 2023, you'll unlock 4K playback rights -- on Vudu, The Lion King is available with Dolby Vision, HDR10, Dolby Atmos -- as well as 33 Bonus Features: 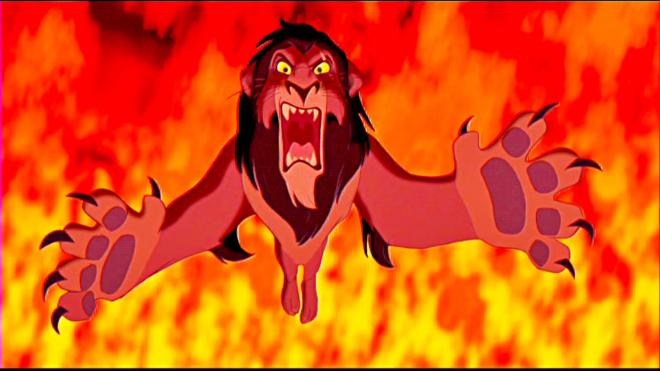 The Lion King remains as thrilling in 2018 as it was when it first graced silver screens in 1994. Produced during Walt Disney Pictures' second Golden Era, it blends Shakespearean motifs with African vistas and soundscapes to create a musical that has been playing in cinemas, homes, and Broadway stages ever since.

The 4K Ultra HD Blu-ray is a bit of a conundrum, from a reviewer and potential customer's perspective. On one hand, the movie looks and sounds better than ever with 4K HDR and Dolby Atmos. On the other hand, the a/v upgrades are relatively minor compared to last year's Signature Edition and those without bright TVs may find the HDR10 transfer too dim, all of which makes double, triple, quadruple, quintuple, and/or sextuple-dipping hard to recommend.

If you don't own The Lion King, or you didn't pick up the Signature Edition Blu-ray, this new 4K set comes Highly Recommended for its classic story, detailed/colorful picture, and immersive sound experience.

If you do own last year's release or the 2011 3D version, you probably don't need this one, but it's still worth a look for Atmos aficionados, those who want the Dolby Vision Digital Copy, and Disney completists.

List Price $39.99
Go To Store
See what people are saying about this story or others
See Comments in Forum
Previous Next
Pre-Orders
Tomorrow's latest releases