The coming-of-age film from director Greg Berlanti is heading to both Blu-ray formats in June.

In an early announcement to retailers, 20th Century Fox is prepping Love, Simon for 4K Ultra HD Blu-ray and Blu-ray on June 12. In addition, a Target Exclusive Blu-ray Edition with bonus movie content and new book content will also be available that same day.

From the producers of The Fault in Our Stars comes the relatable and heartfelt coming-of-age film Love, Simon. Everyone deserves a great love story, but for 17-year-old Simon, it’s a bit complicated. The gay teenager hasn’t come out yet, and doesn’t know the identity of the anonymous classmate he’s fallen for online. Resolving both issues will be a hilarious, scary, life-changing adventure.

You can find the latest specs for Love, Simon linked from our Blu-ray and 4K Release Schedules, where it is indexed under June 12. 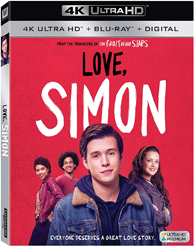 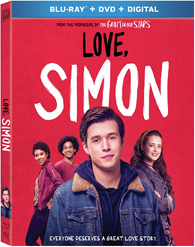