Besides Gilliam's comedy classic, this assortment of films include Bergman Island, This Is Not a Burial, It's a Resurrection, Imitation of Life, and Lars von Trier's Europe Trilogy.

Leading the charge on January 3 is The Adventures of Baron Munchausen  on 4K Ultra HD Blu-ray and Blu-ray. 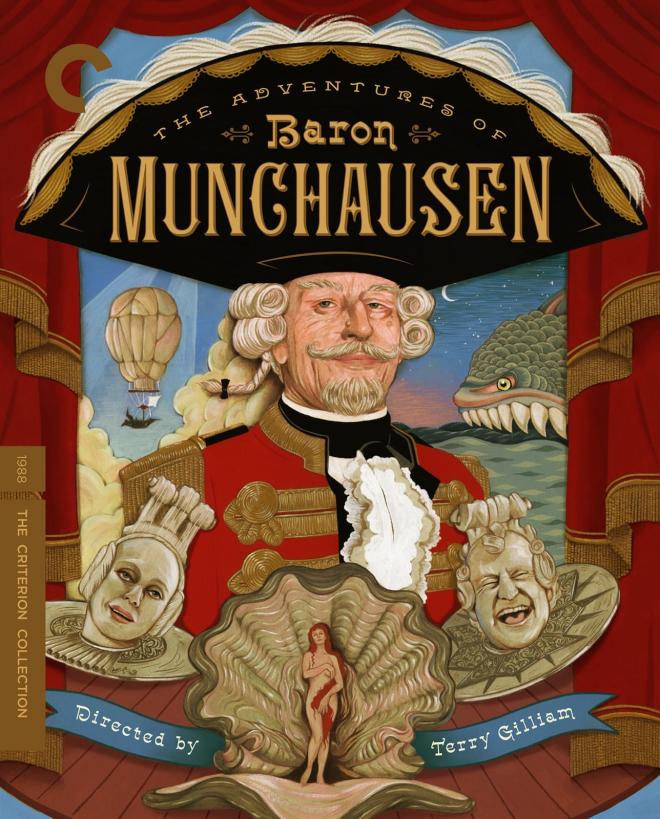 The boundless imagination of Terry Gilliam yields a dazzling fantasy of epic proportions. Inspired by the extravagant exploits of the fabled Baron Munchausen, this spectacle—born of a famously turbulent production—follows the whimsical eighteenth-century nobleman (John Neville) as he embarks on an outlandish quest that takes him from faraway lands to the moon to the belly of a sea monster and beyond, meanwhile waging battle against a vengeful sultan and the tyranny of logic. Packed frame to frame with special effects, mischievous wit, and colorful performances—including a young Sarah Polley as the Baron’s no-nonsense sidekick—the Oscar-nominated The Adventures of Baron Munchausen is a lavish celebration of the triumph of make-believe over reality.

On the 10th comes the 1934 melodrama  Imitation of Life  from Director John M. Stahl. 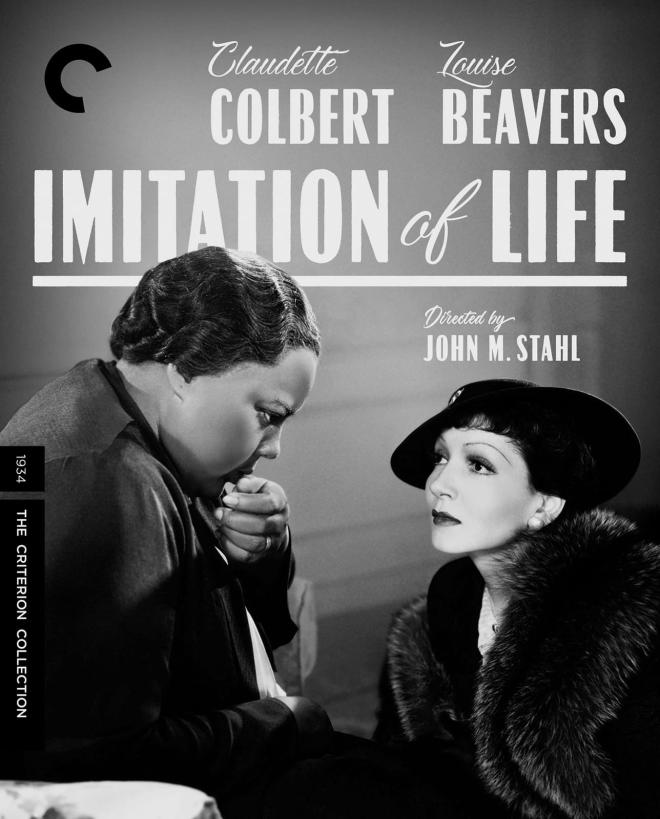 Melodrama master John M. Stahl brings his exquisite restraint and almost spiritually pure visual style to this devastating, enduringly relevant story of mothers and daughters. Imitation of Life explores the friendship between two struggling single mothers: one (Claudette Colbert) a working-class white woman who ascends to the top of the business world, the other (Louise Beavers) her Black housekeeper, whose life is shattered by the rejection of her rebellious, white-passing daughter (Fredi Washington). It is this latter relationship—attuned to America’s bitter racial realities and heartbreakingly enacted by trailblazing Black performers Beavers and Washington—that lends the film its transcendent emotional power. This first adaptation of Fannie Hurst’s best-selling novel boldly confronts the complexities and contradictions of racial identity, economic exploitation, and the limits of the American dream. 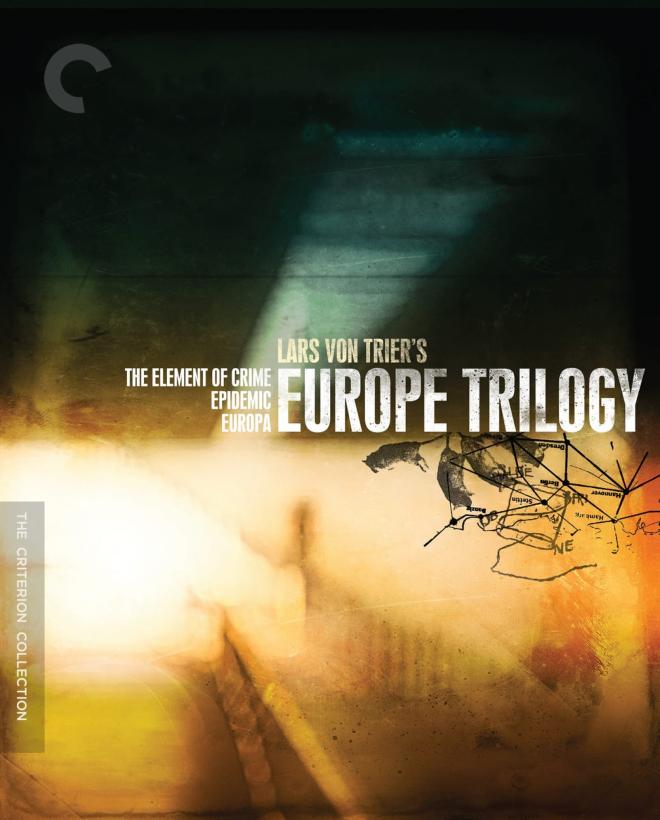 With his dazzling first three features, Lars von Trier sought nothing less than to map the soul of Europe—its troubled past, anxious present, and uncertain future. Linked by a fascination with hypnotic states and the mesmeric possibilities of cinema, the films that make up the Europe Trilogy—The Element of Crime, Epidemic, and Europa—filter the continent’s turbulent history, guilt, and traumas through the Danish provocateur’s audacious deconstructions of genres including film noir, melodrama, horror, and science fiction. Above all, they are bravura showcases for von Trier’s hallucinatory visuals, with each shot a tour de force of technical invention and dark imagination.

THE ELEMENT OF CRIME

Lars von Trier’s stunning debut feature is a grungily expressionistic hallucination—a trancelike trawl through fractured memories, a murder mystery, and the psychic limbo of cultural displacement. From his exile in Cairo, a former police investigator (Michael Elphick) undergoes hypnosis in order to relive his memories of Europe and his last case, for which he went to dangerous lengths to enter into the mind of and catch a serial killer targeting children. Bathed in a sulfurous yellow glow pierced only by startling flashes of electric blue and red, The Element of Crime combines hard-boiled noir, dystopian science fiction, and dazzling operatic flourishes to yield a celluloid nightmare of terrifying beauty.

A jet-black comedy of contagion, a subversive medical-horror freak-out, and a sly metacinematic prank, Lars von Trier’s sophomore feature—born from a bet that he couldn’t make a film for less than $150,000—finds the director channeling his singular thematic obsessions into an evocatively lo-fi, perversely self-reflexive provocation. The filmmaker himself stars as a harried screenwriter whose efforts to complete a script about the outbreak of a deadly disease coincide with a grisly real-life plague. A twisted reflection on Europe’s haunted past—from the Black Death to World War II—and its scarred present, Epidemic is von Trier at his most idiosyncratic and audaciously experimental.

“You will now listen to my voice . . . On the count of ten you will be in Europa.” The ominous, hypnotic induction by Max von Sydow inaugurates the entrancing final installment of Lars von Trier’s Europe Trilogy. An idealistic American (Jean-Marc Barr) travels to postwar Germany to take a job as a sleeping-car conductor for the Zentropa railways—and finds himself plunged into a murky, Kafkaesque world of intrigue and betrayal where the shadow of Nazism hovers menacingly over everything. With its ravishing cinematography (in black and white, color, and at times a stunning mix of both), dreamlike use of rear projections, and lush fusion of melodrama and noir conventions, Europa is a sublimely stylized cinematic fugue.

This Is Not a Burial, It’s a Resurrection  will be available on the 24th. 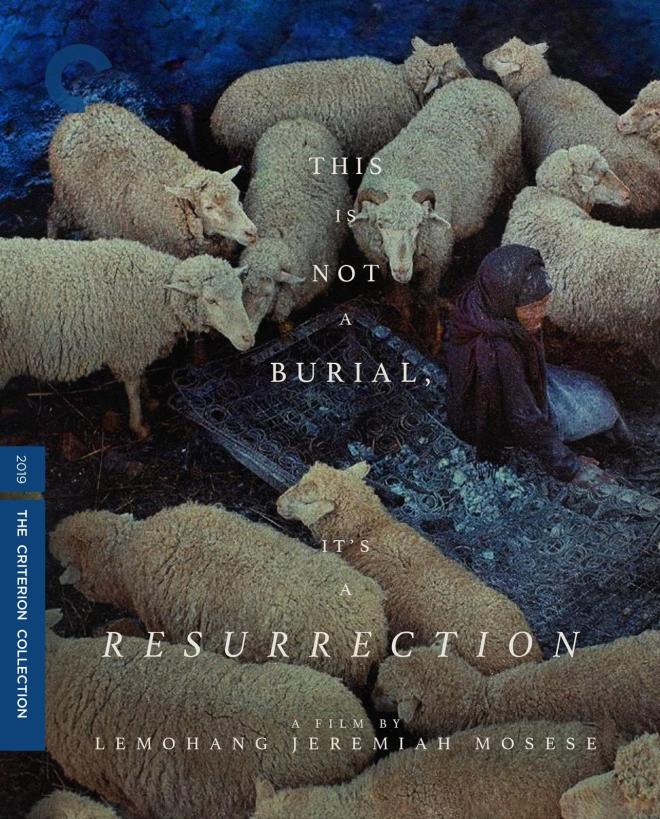 With a poet’s eye for place, light, and the spiritual dimensions of everyday existence, Lemohang Jeremiah Mosese crafts a meditation on the concept of homeland and a transcendent elegy for what is lost in the name of progress. Grieving and alone following the deaths of her husband and children, elderly Mantoa (Mary Twala Mhlongo, in a soul-shaking end-of-life performance) prepares for her own death and to be buried alongside her ancestors. When plans for a new dam near her village in the landlocked kingdom of Lesotho threaten to literally wash away all she holds dear, Mantoa takes a last stand, mobilizing her neighbors to fight for their land and their way of life. The experience of watching Mosese’s visionary, much-lauded This Is Not a Burial, It’s a Resurrection is as timeless and elemental as the land itself.

And finally on the 31st arrives  Bergman Island  on Blu-ray. 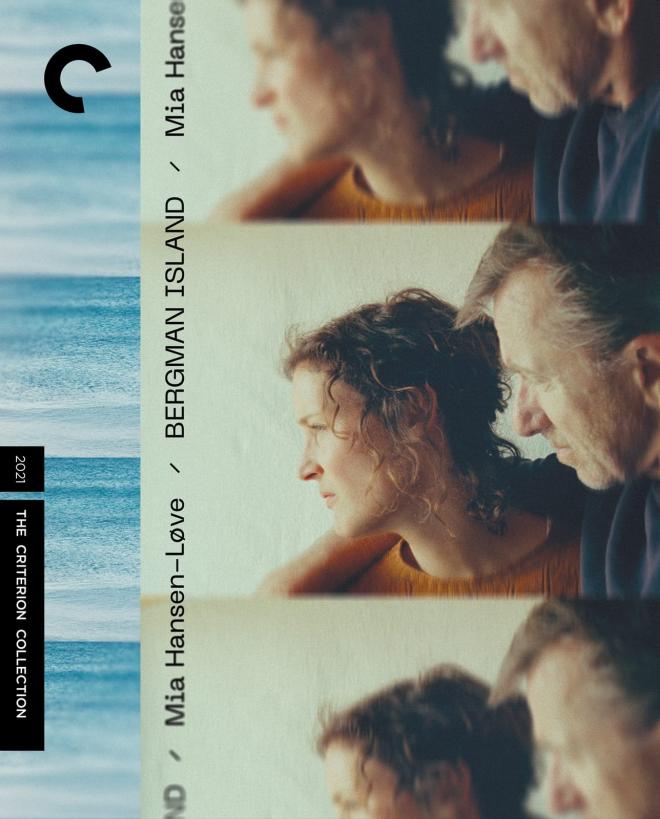 Writer-director Mia Hansen-Løve embarks on a luminous summertime odyssey to the home of Ingmar Bergman for her seventh feature, a graceful, shape-shifting tale about the interplay of life and art and the ways in which stories are born. In search of inspiration for their current filmmaking projects, Chris (Vicky Krieps) and her partner (Tim Roth) travel to the remote island of Fårö, Sweden, where Bergman lived and worked for decades. There, the spirit of the cinema master looms as Chris confronts her complicated relationships to work, men, motherhood, and her artistic influences. Also featuring radiant performances from Mia Wasikowska and Anders Danielsen Lie, Bergman Island is a rich deconstruction of the mysteries of the creative process and the journey that every film takes from thought to page to screen.

As soon as pre-orders become available we'll be sure to update the links on the site.