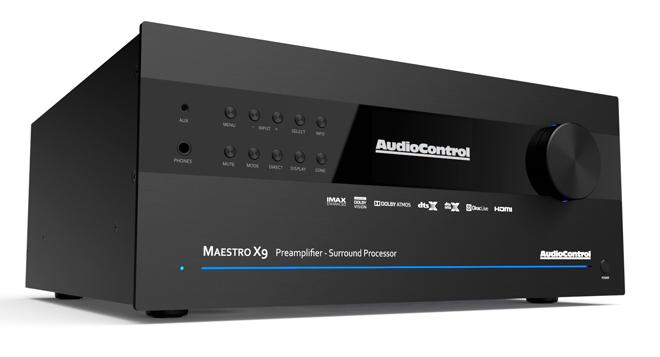 AudioControl Reveals New Receivers & Preamps With up to 9.1.6 Support

Here's a rundown of specs for each model per AudioControl:

Meanwhile, the Maestro X9 and Maestro X7  preamp/processors feature 16-channels of balanced and unbalanced output with support for processing up to a 9.1.6 Dolby Atmos, Auro 3D, DTS:X, or IMAX Enhanced configuration. In addition, both units include 7 HDMI 2.0b inputs with 4K UHD and HDR pass-through. Likewise, both models also incorporate Dirac Live room correction with bass management and ESS Sabre DACs, along with Google Cast, Airplay 2, aptX Bluetooth, and Wi-Fi connectivity.

Pricing has not been announced for AudioControl's new lineup, but the units are expected to launch in Q4 2019.