Last week I sat down with the Blu-ray Disc Association (BDA) to get a quick update about how the new format is performing as well as to observe a quick side-by-side 4K vs HD demonstration. I'll get to my demo impressions in a moment, but let's dive into the format itself.

WHAT IS ULTRA HD BLU-RAY?

If you're reading this and aren't quite sure what we're talking about, please check out THIS ARTICLE where we dive into the nitty-gritty of the format. The short version is this:

Ultra HD Blu-ray is a physical media disc capable of displaying Ultra HD content (3840 x 2160) that's been graded in High Dynamic Range (HDR) and with a Wide Color Gamut (WCG). Generally speaking, HDR allows content to have deeper black levels, extra brightness, and improved visible detail in bright and dark areas of the screen. Wide Color Gamut allows content to be rendered with a much greater portion of the electromagnetic spectrum, resulting in more vivid and life-like colors. For what it's worth, Ultra HD Blu-ray is capable of displaying up to the Rec. 2020 color gamut, but current discs are sticking with the P3 color space found in most commercial cinemas due to limitations in current display technology. Ultra HD Blu-ray is also capable of object-based surround sound in the form of Dolby Atmos or DTS:X. However, Ultra HD Blu-ray does not, itself, support 3D. 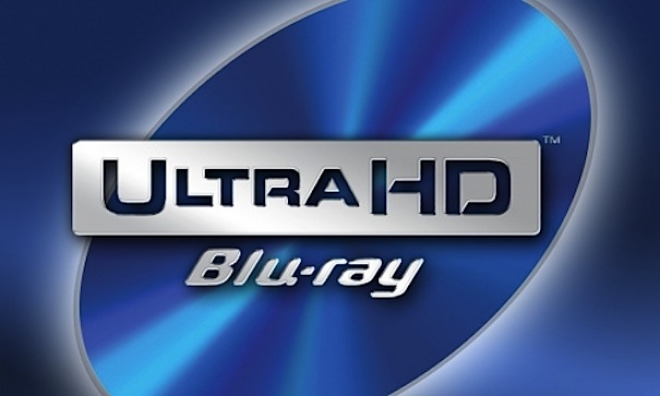 HOW IS ULTRA HD BLU-RAY PERFORMING?

According to the BDA, quite well. It's obviously the BDA's job to sell success, but there are a few interesting metrics worth noting. First, manufacturers expect to ship 80% more UHD TVs this year than last and, by the end of 2016, 16% of US homes will own at least one 4K UHD TV. According to consumer surveys, 4K is the #1 coveted feature in new televisions.

Hand-in-hand with customer awareness is a need for new UHD content, which we can be divided into streaming, broadcast, and physical media like Ultra HD Blu-ray. Studios including Fox, Lionsgate, Paramount, Sony, Universal, and Warners are on track to release 100 Ultra HD Blu-rays in 2016, with 90 titles currently available and over ONE MILLION discs sold between March and November, representing $25 million in consumer spending. While that's relatively small compared to the billions spent in the halcyon days of the DVD boom, overall Blu-ray sales (which include Blu-ray and Ultra HD Blu-ray) are up 8% versus last year, most likely thanks to this new format.

In addition to the media itself, Panasonic, Philips, Samsung, and Microsoft have released eight players/recorders worldwide. (NOTE: there is no Ultra HD Blu-ray recording at this time; those machines, released primarily in Japan, record onto Blu-rays and include a TV tuner.) Sony has also announced a player and I suspect we'll hear more player news at CES 2017. In the US market, home theatre enthusiasts and early adopters have already snapped up 80K stand-alone Ultra HD Blu-ray players.

Will Ultra HD Blu-ray ever be more than a niche product for enthusiasts? I doubt it, but these figures and numbers are much stronger than I would have guessed. Either way, it's exciting to see people enjoying a premium format because the proof is in the side-by-side pudding... 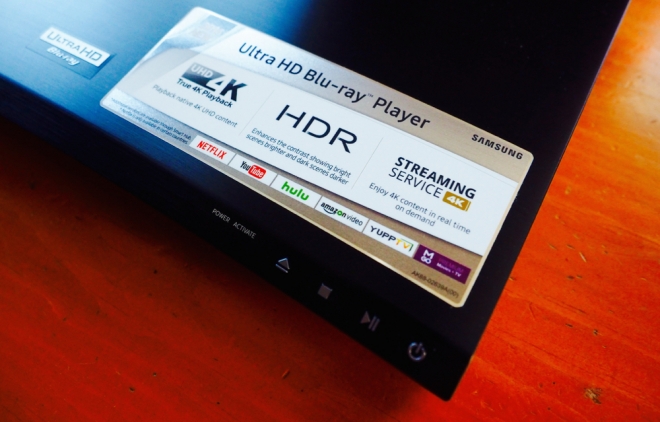 UHD-equipped reviewers at High-Def Digest take extraordinary care to compare and contrast Ultra HD Blu-ray and Blu-ray transfers, hoping to note any visual differences and possible improvements. Having reviewed and/or watched dozens of titles at this point, it's clear to me resolution is far less important than HDR and WCG... Which leads me to the side-by-side demonstration where we watched extended clips from Sony's 'Concussion' as well as Warners' 'Pacific Rim' on two identical Sony UHD displays, both of which were connected to the Samsung UBD-K8500. One display played the Ultra HD Blu-ray, while the other played the standard Blu-ray. The purpose in choosing two different genres films, I think, was to show how HDR/WCG can benefit a variety of content, not simply more stylized sci-fi CGI affairs.

'Concussion' looks terrific in Ultra HD; its color timing seems a touch warmer with all the added shadow and light details making the overall picture sharper. In comparison, the standard Blu-ray is flatter, more bland, and less resolved. 'Pacific Rim' is my favorite Ultra HD Blu-ray thus far. It's instant demo material for anyone with an HDR-capable display thanks to an insane color palette, improved fine details, and CGI that looks more weighted in HDR. Interestingly enough, I wouldn't necessarily Ultra HD Blu-ray is sharper, but its wow factor is guaranteed to drop more than a few jaws. The Blu-ray, by comparison, looks more computer generated and much, much flatter.

Walk out of any demo like this one and it's simply no contest. Most Ultra HD Blu-rays with HDR/WCG absolutely destroy their HD/SDR counterparts. (And yes, the results are 100% title-dependent because it all comes down to the choices made by the filmmakers themselves.)

One other takeaway, that I've been noting of late, is how much the added bitrate helps the end result. UHD streaming has come a long way -- VUDU UHD with Dolby Vision & Dolby Atmos is a game changer, in my humblest opinion -- but still requires more bandwidth than many broadband subscribers currently have. Ultra HD Blu-ray runs at (up to) 100Mbps all day long whether or not the Internet is working (or dropping out in peak hours) and offers unrivaled quality in a world where we all have endless content choices.