The sci-fi flick will hit Blu-ray and Ultra HD Blu-ray in December.

In an early announcement to retailers, 20th Century Fox is preparing 'Morgan' for Blu-ray and Ultra HD Blu-ray on December 13.

From Oscar-Nominated producer Ridley Scott and director Luke Scott comes this visceral, edge-of-your-seat thriller with an all-star cast starring Kate Mara, Paul Giamatti, Toby Jones, Jennifer Jason Leigh and Rose Leslie. Inside a remote, top-secret lab, a group of scientists are working on an experiment that is leading the way for the next steps in human evolution. But when the experiment's subject – a genetically designed "human" (Anya Taylor-Joy) – triggers a terrifying event, those involved must decide if the promise of infinite potential outweighs the incalculable danger. 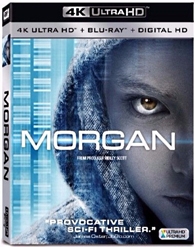 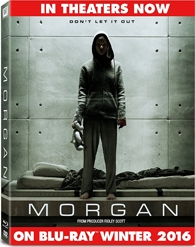