The action-packed sequel is headed for both formats this December.

In an early announcement to retailers, 20th Century Fox is working on 'Kingsman: The Golden Circle' for Blu-ray and 4K Ultra HD Blu-ray on December 12.

Kingsman: The Secret Service introduced the world to Kingsman. In Kingsman: The Golden Circle, our heroes face a new challenge when their headquarters are destroyed and the world is held hostage. Their journey leads them to the discovery of an allied spy organization in the US called Statesman, and in a new adventure, these two elite, secret organizations band together to defeat a ruthless common enemy in order to save the world, something that's becoming a bit of a habit for Eggsy.

(UPDATED) The Blu-ray will include a lossless 7.1 soundtrack with Dolby Atmos on the 4K UHD release. Supplements include: KINGSMAN: INSIDE THE GOLDEN CIRCLE (Multi-chaptered Documentary); Black Cab Chaos: Anatomy of a Killer Chase; and Kingsman Archives.

You can find the latest specs for Kingsman: The Golden Circle linked from our Blu-ray and 4K, where it is indexed under December 12. 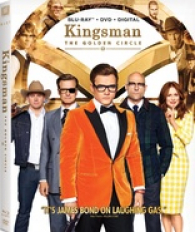 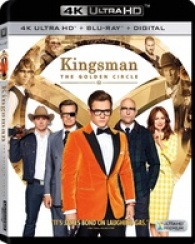