As previously reported, 20th Century Fox is working on Bad Times at the El Royale will be available on 4K Ultra HD Blu-ray and Blu-ray, and now it has been officially dated for January 1.

Jeff Bridges, Cynthia Erivo, Dakota Johnson, Jon Hamm and Chris Hemsworth lead an all-star cast in this powerful thriller filled with gripping suspense and startling revelations. Seven strangers, each with a secret to bury, meet at Lake Tahoe's El Royale, a rundown hotel with a dark past. Over the course of one fateful night, everyone will have a last shot at redemption…before everything goes to hell.

The 4K release will feature a Dolby Atmos soundtrack (lossless 7.1 on the Blu-ray), and supplements on both releases will include a making-of featurette and a gallery.

You can find the latest specs for Bad Times at the El Royale linked from our 4K and Blu-ray Release Schedules, where it is indexed under January 1. 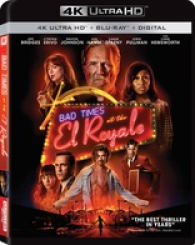 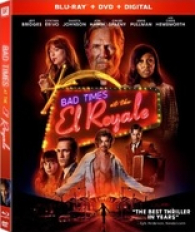