Disaster movie fans rejoice! Roland Emmerich's 2012 is going to pummel 4K UHD Blu-ray in 2021! The Mayans foretold this film would be upgraded to 4K UHD Blu-ray - Woody Harrelson said so during that monologue, not sure if you caught that part... 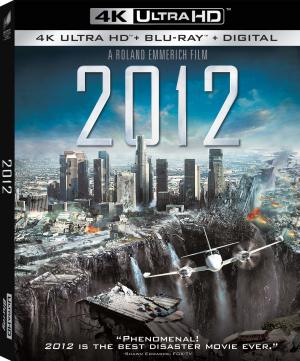 This one isn't up for pre-order yet, January 19th is still a ways off, but it should be hitting online retailers soon. We also don't know if there will be any kind of retailer exclusives yet, but with Sony's recent output I'd put good money down on a Best Buy SteelBook as a possibility. We do know for sure that this film is getting a new Atmos audio mix - so while the movie itself is a bit iffy while proving to be wildly entertaining, it'll probably sound amazing! Plan your 4K budget accordingly.