Featuring excellent performances by Karl Malden and James Franciscus, Dario Argento's second outing The Cat o' Nine Tails is not quite as effective as his previous effort, but it is nonetheless a strong follow-up perfectly demonstrating the filmmaker's unique visual style and aesthetic, which have made him a horror legend. Courtesy of Arrow Video, the cult favorite arrives on 4K Ultra HD as a single-disc collector's package, featuring a gorgeous Dolby Vision video, a fantastic pair of DTS-HD mono tracks but porting over the same set of supplements. Nevertheless, this latest edition includes other goodies and makes for a Recommended addition to the UHD cult library.

Following the success of The Bird with the Crystal Plumage, the now-legendary horror filmmaker Dario Argento returned to cinemas with The Cat o' Nine Tails, another whodunit thriller that's not quite up to the level of its predecessor but is nonetheless a strong follow-up. Marking the second entry in what would eventually become known as the "Animal Trilogy," the film is also a great exercise in the giallo subgenre as it adheres to the many devices and tropes of the stylized Italian mystery thriller, which is arguably as much to its detriment as to its merit. On the one hand, Argento's second outing essentially cemented the formula into an easy to emulate aesthetic that led to an Italian horror boom for the next two decades. And on the other hand, it is a delightfully entertaining riddle from a confident director with a distinctive style and a mastery for blending artistic beauty with the grotesquely violent.

Granted, the plot, which Argento co-wrote, about a series of murders surrounding a genetics lab is not quite the perplexing conundrum it imagines itself to be, and the clues add up to a slightly less than satisfactory conclusion with a revelation that frankly comes out of left field. Nevertheless, Argento manages to keep viewers intrigued as they follow a pair of likable amateur sleuths, who methodically struggle to piece the puzzle but unfortunately, hit several dead ends. At one point, investigative journalist Carlo (James Franciscus) outright announces in frustration that he and retired blind reporter Franco (the always wonderful Karl Malden) have nine leads pointing to the same outcome, like a cat o' nine tails, which is a specific type of military whip. And it's these sorts of little clever nods that make for a solid movie, showing that Argento was aiming for something more than just another genre piece. 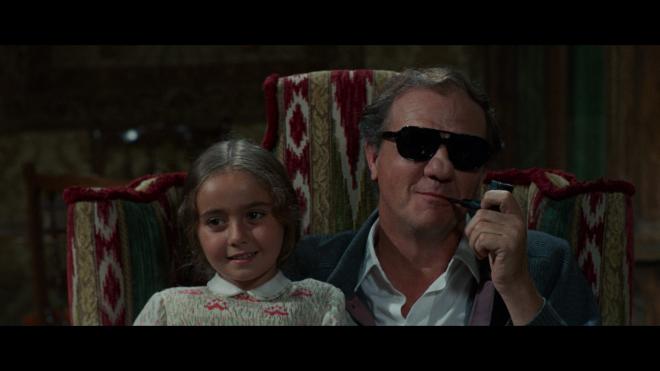 Nothing makes this more apparent than the conversation about the "XYY syndrome," which at the time, was a popular scientific discussion that erroneously correlated violent tendencies in men with the unique genetic condition. Although the story does little to challenge this notion and ultimately does more to reinforce the assumption, Argento demonstrates that he wanted to be the sort of filmmaker with his finger on the pulse, if for nothing else. Such can also be seen when Carlo follows one of his many leads to a gay bar, and the entire sequence is shown as a normal environment and the person in question as highly intelligent and ordinary. Going back to the title's origins and the headache-inducing difficulty of solving the case, the image of a whip serves as an astute metaphor for how frustratingly complex the mystery is for our protagonists while reaching levels of self-inflicting punishment once the killer targets them.

This is perhaps one of my favorite aspects of The Cat o' Nine Tails where the amateur detectives with good intentions draw the attention of the killer and end up paying a hefty price. Whereas his previous effort played it a tad safer in terms of the consequences for the hero's involvement, Argento here opens the doors for central characters to become potential fodder for the killer's brutality, a common feature in his arsenal for generating a menacingly eerie atmosphere. It's made all the better and more clever with Malden's outstanding performance as the quick-witted and perceptive Franco, who basically entangles himself into the case out of boredom and curiosity with his plucky niece Lori in tow. As the danger grows, the kind-hearted middle-aged blind man slowly transforms into a capable, fiery fighter, and Malden ultimately compensates for the story's failures, making for an enjoyable watch.

Would-be super-sleuths receive more than they bargained for on Ultra HD outfitted with nothing more than their wits and a beautiful HEVC H.265 encode that surpasses Arrow's 2018 special edition Blu-ray.

Coming from a recent 4K restoration and remaster of the original 35mm 2-perf Techniscope negatives, the native 4K transfer boasts clean, discrete details in the fabric and stitching of clothing and furniture, and the little imperfections of the buildings are unmistakable. The lettering in advertisements and newspapers is always legible while the various objects decorating the background are plainly visible at all times, and the individual leaves of trees and blades of grass are distinct from a distance. Facial complexions are highly revealing with lifelike textures in the entire cast, exposing every pore, wrinkle and negligible blemish. A few softer moments are apparent, but overall, the transfer is simply beautiful, awash in a very fine layer of natural grain giving it a lovely film-like quality.

The more appreciable upgrade comes from the improved contrast and brightness balance, bathing the visuals in crisp, radiant whites and deep, rich blacks throughout. The brighter daylight sequences give the film a fresh, rejuvenated feel, and the specular highlights add a tight, energetic glow to the various light fixtures while revealing more details within the hottest areas. With a good portion of the movie taking place at night or in dark environments, such as the scene with Carlo and Franco walk through the cemetery, visibility within the darkest, inkiest shadows is exceptionally well-retained, providing the 2.35:1 image with an attractive cinematic appeal.

Best of all, Enrico Menczer's photography finds a new lease on life on UHD, looking fresher and better than on any format, bathed in a sumptuous array of colors. The Dolby Vision HDR presentation comes with eye-catching, richly saturated primaries, from the lively greens of the surrounding foliage to the electric cobalt blues in the exterior night scenes. Reds are particularly spirited and animated, making the blood pop a candy rose shade. The palette is largely a parade of browns, tans, yellows and oranges, giving it that classic 70s feel, and Anna's colorful outfits stand out from everyone else, always drawing the viewer's eyes to her. Skin tones appear accurate and healthy throughout, making for a gorgeous presentation of another Argento favorite. (Dolby Vision HDR Video Rating: 90/100) 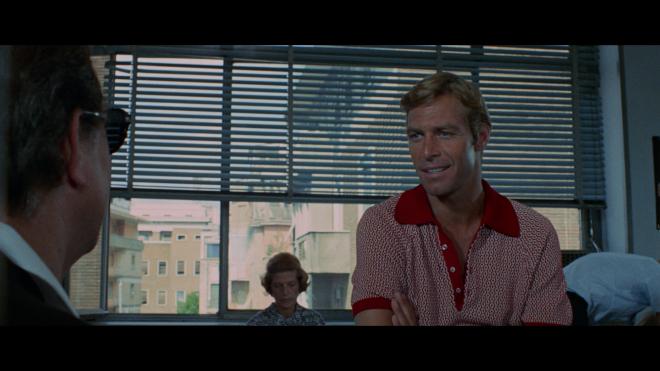 For this UHD edition, Arrow Video has ported over the same pair of DTS-HD Master Audio mono soundtracks as their previous Blu-ray release: in English and Italian. Either choice makes for a great listen, displaying top-notch clarity and definition in the mid-range although it never really pushes too far in the upper frequencies. Complementing the action with plenty of warmth and excellent fidelity, the music of Ennio Morricone benefits from outstanding acoustical detailing and separation, allowing for every note and instrument to come through cleanly. Occasionally, some of the background activity can come off a tad hollow, but they are nonetheless discrete with flawless movement within the center of the screen, providing the visuals with an engaging, impressively spacious sense of space. Ignoring the sometimes distracting ADR work, the mono soundstage delivers precise, district vocals from beginning to end, and the low-end is appreciably accurate and suitably weighty for a film of this vintage. (Audio Rating: 84/100) 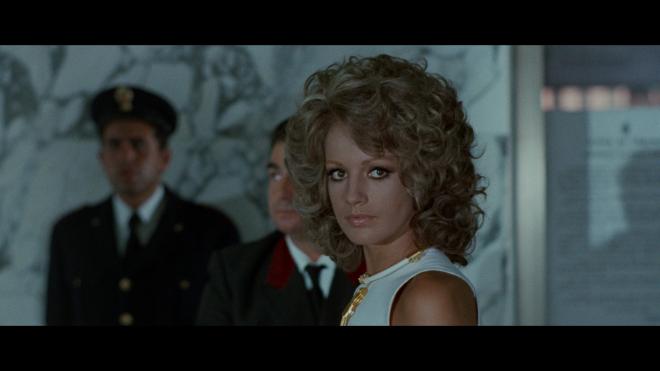 The same set of supplements from Arrow's 2018 special edition Blu-ray are ported over. 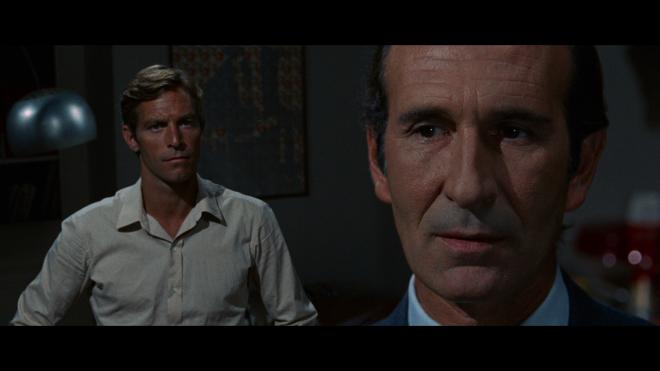 Following the success of his directorial debut, Dario Argento's The Cat o' Nine Tails follows a pair of investigative journalists studying a series of murders involving a pharmaceutical lab, the family owners and the development of a revolutionary, experimental drug. Argento's second outing is not quite as effective as his previous effort, made worse by a less-than-satisfying conclusion. But with excellent performances by Karl Malden and James Franciscus, the highly stylized follow-up is nonetheless a strong entry that essentially cemented the template and aesthetic that would be emulated for years to come.

Courtesy of Arrow Video, the cult favorite arrives on 4K Ultra HD as a single-disc Limited Edition collector's package. The Dolby Vision HDR presentation is a gorgeous and striking upgrade over its Blu-ray predecessors, complemented by an equally fantastic pair of DTS-HD MA mono tracks. Although porting over the same set of supplements as the 2018 special edition, Arrow now includes an informative booklet, six lobby cards and a folded poster, making the package a recommended addition to the UHD cult library.