Frank Capra's now iconic holiday classic It's A Wonderful Life returns to 4K UHD Blu-ray from Paramount Home Video in a new beautiful SteelBook packaging. Starring James Stewart, Donna Reed, Thomas Mitchell, Henry Travers and a terrifically villainous turn form Lionel Berrymore - this Christmastime family favorite is a splendid addition to any collection but especially for 4K UHD Blu-ray fans. If you haven't added this film to your shelf, or need a great gift for someone on your list - It's A Wonderful Life SteelBook is practically perfect for any occasion. Must Own. 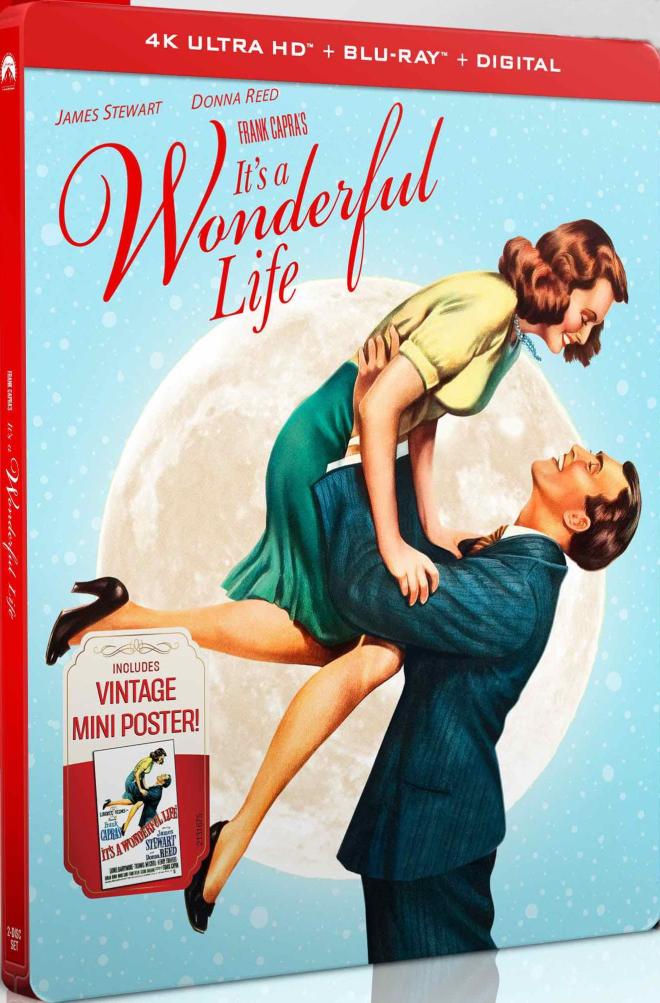 Has anyone seen The Ref? There's a part in that movie where all of the hapless dopy volunteer police officers are sitting around the station television watching It's a Wonderful Life. One of those guys sheepishly admits he'd never seen the film all the way through before. I'm that guy. It wasn't until I was well into my twenties before I actually sat down and earnestly watched this wonderful film beginning to end. The simple reason for that is that it was always on. I felt like since it was literally everywhere I went that I had in fact seen it but I never had an emotional connection to it.

Over the last ten years, my enjoyment and appreciation of this movie have only grown. As I get older it hits me differently emotionally. Now that I'm a father, helping out your kids and enjoying their joy on Christmas hit like a ton of bricks. My kid isn't old enough yet to understand Santa or presence or any of that, but now I'm really excited for the day he bounds awake at 3 am hoping to see the loot that Santa brought for him. I'll do my best to introduce him to this one early, but I'll count it a win if we get him hooked on A Christmas Story. As I don't really have anything to add to the assessment of this film, I'll leave you with some words from our own David Krauss and his glowing feelings for this iconic holiday classic.

"Without question, Capra was one of Hollywood's finest Golden Age directors, but his often preachy, heavy-handed style earned him a reputation as a shameless sentimentalist. Yet despite the rivers of emotion flowing through It's a Wonderful Life, the movie really can't be called corny, thanks to its well-balanced presentation, exceptional script (by the excellent husband-and-wife team of Frances Goodrich and Albert Hackett), and memorable performances. Stewart, in his first post-World War II role, exhibits a newfound depth and rawness that incisively lays bare the turmoil ripping George to shreds. It's a natural, nuanced, and dimensional portrayal, and Stewart makes it impossible to imagine anyone else in the part.

Long after we're all dead and gone and possibly acting as guardian angels for other George Baileys, It's a Wonderful Life still will be captivating legions of viewers and remaining an essential cog in the seasonal cinematic wheel. Imitators will come and go, but Capra's original film is bullet-proof, a timeless classic that deserves to be played and revered on an annual basis, if for no other reason than to remind all of us that we have wonderful lives, too." 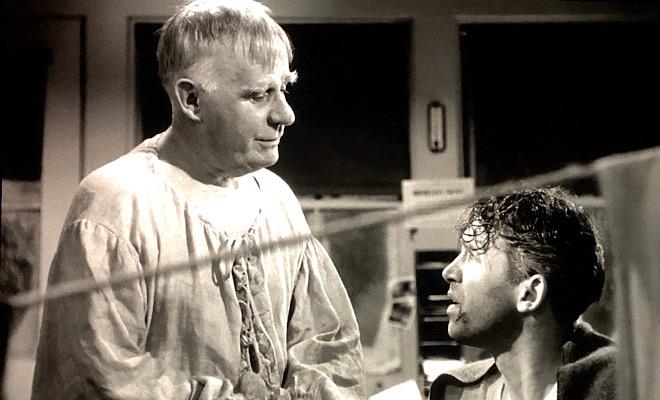 "It's a Wonderful Life has never looked better than it does here. Paramount has done a superior job with this 2160p/HEVC H.265 transfer, which was sourced from the film's original nitrate negative, as well as two second-generation nitrate fine grains. (For more information on the source material and restoration, see the supplements section below.) Any print damage, tears, fading, scratches, and instability have been meticulously repaired, and the result is a stunningly clean, vibrant image that features dazzling contrast and clarity, a wonderfully modulated grayscale, and a palpable sense of depth. Background elements that were fuzzy in the past are now beautifully discernible, lending Bedford Falls and later Potterstown a much richer atmosphere. Just the right amount of grain provides essential texture, but it never overwhelms the picture. Despite the extensive restoration and boost in clarity, It's a Wonderful Life still looks incredibly filmic, which is probably the greatest compliment I can pay this very satisfying transfer." 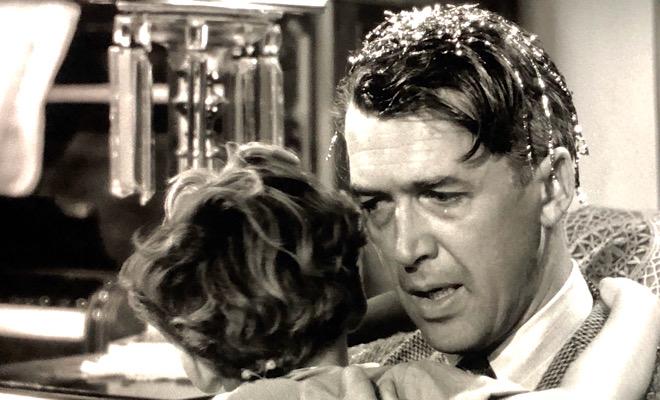 "For the first time, It's a Wonderful Life is presented with lossless audio, and the Dolby TrueHD mono track Paramount supplies sounds robust and full-bodied. A wide dynamic scale handles all the highs and lows of Dimitri Tiomkin's music score without a hint of distortion, and all the priceless dialogue is clear and easy to comprehend. Sonic accents like gunfire, fisticuffs, and shattering glass are crisp and distinct, while atmospherics such as street noise and pounding rain make more of an impression without overwhelming the on-screen action. Bass frequencies are solid, and as in previous home video editions, no hiss, pops, or crackle intrude. This lossless track remains true to its source, but adds just enough extra clarity and depth of tone to make it a welcome addition to this release." 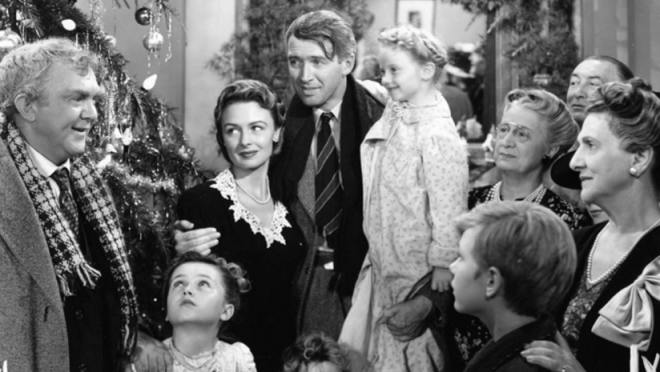 As this release of It's A Wonderful Life is a reissue of the previously already available discs only with new packaging, we still have to give it our highest possible rating. This isn't just a wonderful film that has stood the test of time, it's also an impeccable 4K UHD Blu-ray release. The film has never looked or sounded this good on home video. Now with this SteelBook packaging, Paramount has released the perfect gift opportunity for the holiday season. If you need it on your shelf - treat yourself. If you know someone who needs it, I can't imagine anyone being upset to open this gem.
Must Own