The God of Thunder - who happens to be from Down Under - splits the Bifrost and crashes onto Disney 4K Ultra HD Blu-ray. A lot has happened to Thor in the eight years since his debut, but this original outing from Kenneth Branagh showed the character had franchise legs while lead Chris Hemsworth and cohort Tom Hiddleston were capable of ruling the cinematic realms. It's just a shame that its grand entry on 4K UHD isn't as spectacular as one would hope. The up-converted 4K HDR10 transfer displays some modest improvements, but baked in DNR holds back the finer details. The Dolby Atmos track can be a bit soft, but with adjusted levels can rock out solidly. Worth A Look.

"I have no plans to die today."

Brash, bratty, and banished to Earth, Thor (Chris Hemsworth) must find a way to regain his honor and once again prove himself worthy to wield Mjolnir and be a capable leader of Asgard. However, his conniving half-brother Loki (Tom Hiddleston) has set the wheels of chaos into motion. With help from his new-found earth friends Jane Foster (Natalie Portman), Erik Selvig (Stellan Skarsgård), and the daffy intern Darcy (Kat Dennings), Thor must find a way to stop his brother and regain control of Asgard to prevent all-out war between the nine realms.

Take a look at our original Blu-ray coverage for a full REVIEW. 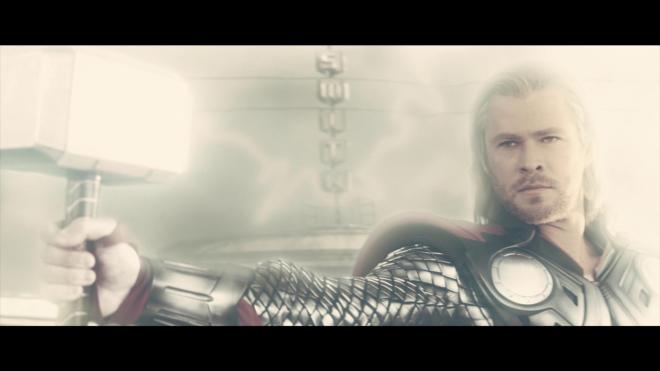 A lot has happened since 2011! It's staggering to believe we've had three solo Thor films and four additional character appearances in the subsequent Avengers movies. And, as Marvel just announced, more are on the way very soon! Growing up in the era I did, I knew the 1980s Thor. It was a lot goofier with some pretty wild storylines. One of the first Thor comics I ever picked up featured Thor in frog form - AKA Puddlegulp. I don't ever recall reading a truly serious Thor storyline until the character was rebooted in The Ultimates in the early 2000s. Since I had low to no expectations, I got to let Branagh and his team spin a wild yarn and I wasn't disappointed. It's a bit clunky at times as the MCU proper was still finding its legs split between different corporate owners and overseers. The Asgard scenes are positively Shakespearian in scope while the earthy bits are a bit dopier played for yuks rather than genuine drama. Even still, this film packs an entertaining wallop and it was fun to reconnect with it.

Thor crosses the rainbow bridge to 4K UHD Blu-ray in a two-disc 4K UHD + Blu-ray + Digital set. The discs are housed in a black two-disc case with identical slipcover artwork. The included Blu-ray is the exact same one Paramount issued in 2011. The 4K UHD Blu-ray is a new pressing from Disney/Marvel that opens to Disney's standard language option menu. Once you select your language, it opens to an animated main menu with traditional navigation options. The included Digital Copy unlocks 4K streaming rights where available. 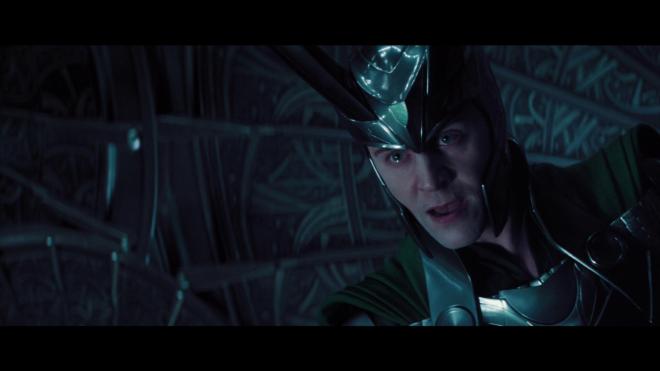 Sourced from a 2K DI, I'm bummed to report that this 2160p 2.35:1 transfer is a bit of a mixed bag. On one hand, the HDR10 adds a lot of extra color pop and gives some impressive depth to the image over its standard Blu-ray counterpart. On the other hand, the digital intermediate doesn't look like it's been remastered any so it comes with some obvious baked in DNR that holds finer details at bay without much of any natural film grain texture.

Let's start with the positives first - as there are many - but first a little context. I've been a 3D nut since the 80s and remain so to this day. Thor in 3D was one of the most miserable three-dimensional experiences I've ever encountered. It was dark, lacked any real depth, and was all-around a half-assed effort at best. To that end, I felt the 2D Blu-ray presentation was little better. Sure, it didn't have the lame cookie-cutter 3D effect, but it still felt awful dark - especially in night scenes and in Jotunheim with the Frost Giants.

With the 4K UHD Blu-ray's HDR and wider color spectrum in play, these darker scenes get a big positive boost. For one, you can actually see what the hell is going on. Apparently brightened a tidbit, it is still dark, but now you can make out individual features of the various Frost Giants. This also holds for night scenes on earth where you could sometimes lose whatever was on screen. Primaries have a lovely pop and blues especially get a lot more density to work with. Skin tones are nicely rendered without people appearing too pink. 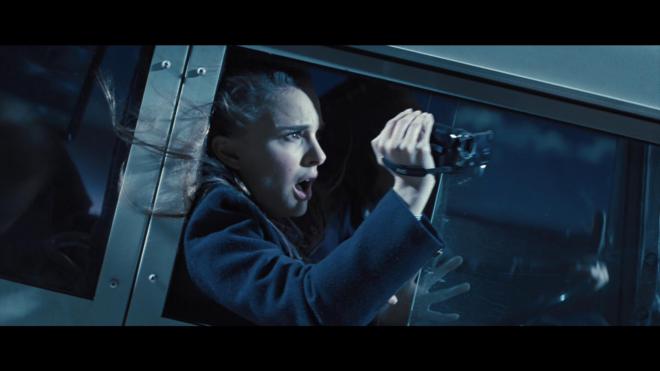 But, this isn't all sunshine and roses. As I said, details suffer. On a virtual shot by shot basis, details can fluctuate from pristine and wonderful to smeary. Earth sequences fair the best because there isn't any heavy CGI to contend with. Full sun, calm conversational daylight sequences can look amazing allowing you to fully appreciate Chris Hemsworth's badly-died eyebrows and beard. Back on Asgard where there is CGI in virtually every scene, the image looks softer and you lose a lot of depth. This is where HDR can also be a bit of a hindrance. The extra color range draws more attention to these iffy effects shots and boy howdy do they stand out!

At the end of the day, this isn't the worst 4K UHD Blu-ray transfer I've seen - far from it - but it may be a bit of a letdown to fans expecting a massive upgrade. It's certainly improved, I won't dispute that and it offers a much richer presentation than ye olde SDR Blu-ray, but by how much will depend entirely on user experience and home theater setup. For my money, it's worth the upgrade even with its inherent shortcomings.

For anyone interested in the Dolby Vision 4K Digital presentation (included with this set's digital copy), it maintains the darker tone I experienced theatrically, however, you can see a lot more of the image detail within that darkness. So that's a plus. Overall details are comparable to the 4K disc, but still lacks fine details due to some judicious DNR application. As for the color differences between Dolby Vision and HDR10, that's where things get a little more interesting. The biggest difference I saw was in blues. The frost giants had a brighter more primary blue shade with HDR10 where with Dolby Vision they're a cooler ashy-grey-blue color. The Frost Giant's eyes also have a more orange-red tone than the brighter red they had on the disc. Both HDR formats do their jobs well, I'd give Dolby Vision the slight edge but HDR10 works just fine. 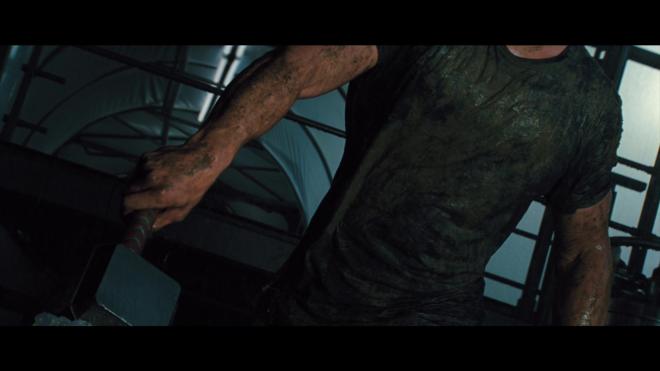 Per Disney/Marvel's S.O.P. Thor has been given a boost in the audio department with an active and engaging Dolby Atmos mix... if you turn it up a slight bit more than your normal listening level. But that isn't exactly shocking for a Disney release. Once I set the level comfortably, I found this mix richly engaging. Dialogue is clear throughout often getting a little extra necessary bump during the big action beats.

What I really loved about this audio mix was the LFE. There are some great low bass rumbling tones coming out of this that just never felt present with the old DTS-HD MA 5.1 tracks. One of my favorite moments was Colm Feore as King Laufey. His voice is low and sinister and the added LFE gives his utterances some extra heft and dread. Action sequences as a whole are uniformly excellent with some terrific object-based effects and activity to keep the front, side, rear, and overheads engaged. The overheads aren't always constant, but they're active enough to give locations a nice sense of dimensionality.

Where I pull things back a bit for this mix is during the quieter earth-bound bits. That aggressive Atmos slides away for a pretty tried-and-true presentation. There's some decent sound spacing still and I noticed that some object sounds carried a little extra oomph - Thor getting hit by a car is a nice punch. Beyond that, the earth sequences are a bit flat - no pun intended. Overall I'm satisfied with the upgrade. 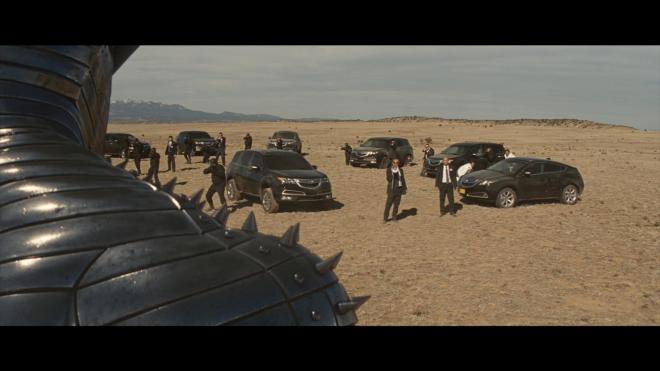 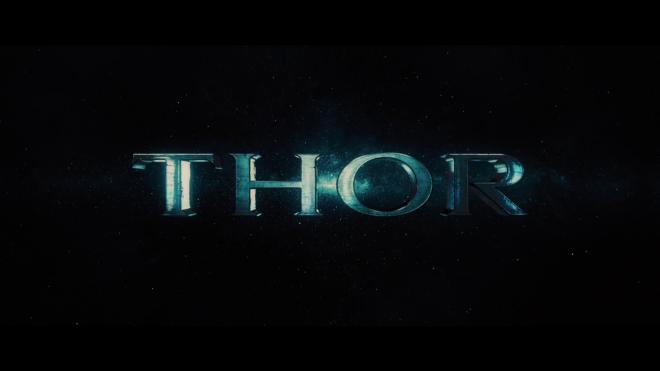 Thor makes the leap of the Bifrost to 4K Ultra HD Blu-ray with solid-to-mixed results. While offering notable improvements, the 2160p HDR10 video presentation is held back by baked-in issues stemming from its 2K Digital Intermediate and dated CGI effects. The new Dolby Atmos mix offers a solid auditory punch with some great LFE, but like so many other Marvel/Disney Atmos tracks it's a bit on the soft side - so kick it up a couple of notches above normal for your home setup. While I'm overall pleased with the results, it's not a complete home run. Collectors and completionists should be satisfied, but if you're looking for the best of the best in all things 4K UHD, Thor isn't among the best - but it's far from being the worst out there. Worth A Look.

Sale Price 17.1
List Price 39.99
Buy Now
3rd Party 15.84
In Stock.
See what people are saying about this story or others
See Comments in Forum
Previous Next
Pre-Orders
Tomorrow's latest releases