Starring a memorable Sam Rockwell, Duncan Jones' Moon is a stimulating and challenging sci-fi gem, prompting intriguing questions about identity and the cost of technological advancements. The sci-fi thriller celebrates its 10th Anniversary on 4K Ultra HD Blu-ray with an average HDR10 presentation but a better Dolby Atmos track. With new, exclusive supplements, this UHD edition is nonetheless Worth a Look for hardened, loyal fans. 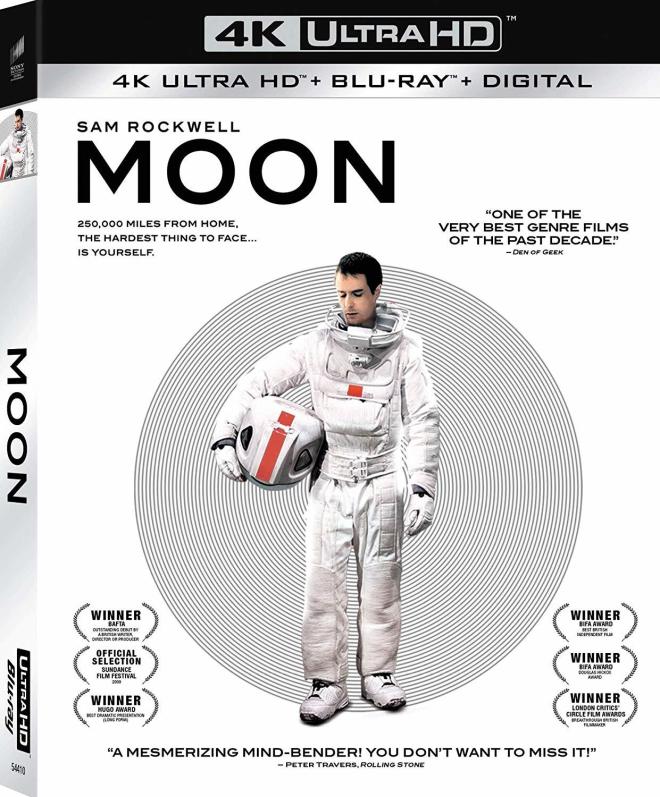 Duncan Jones' Moon is a psychological thriller featuring a thought-provoking and meditative premise along with an accomplished performance from Sam Rockwell. With an incredibly simple backdrop and a minimalist set design, Jones, making his directorial debut, rouses suspicion about what it means to be human and how memories function to shape our sense of humanity and being. After Rockwell's Sam Bell discovers another astronaut that looks identical to him, the story quickly spirals into suspicions of Sam's sanity while the conversations between the two men explore deeper concerns about the cost of technological advancements, the definition of being human, and confronting our mortality. It is the sort of hardnosed science fiction that forefathers John W. Campbell, Phillip K. Dick, and Isaac Asimov would proudly enjoy. This engrossing and intelligent thriller is also evocative of Stanley Kubrick's visual masterpiece 2001: A Space Odyssey while the tone and atmosphere is hauntingly suggestive of any of Andrei Tarkovsky's philosophical psychodrama. 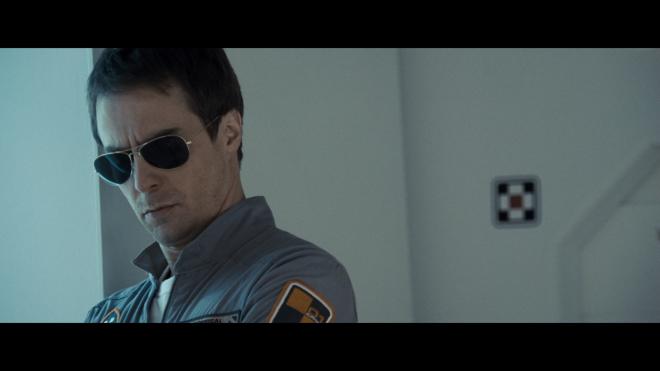 For a more in-depth take on the film, check out our 2010 Blu-ray review HERE.

Sony Pictures Home Entertainment brings Duncan Jones' Moon to Ultra HD Blu-ray as a two-disc combo pack with a flyer for a Digital Copy, which can be redeemed via sonypictures.com and Movies Anywhere. When redeeming said code, users have access to the 4K Dolby Vision version with Dolby Atmos audio on certain streaming platforms. The dual-layered UHD66 disc sits comfortably opposite the same Region Free, BD50 disc as the previous 2010 release, and both are housed inside a black, eco-elite vortex case with a glossy slipcover. At startup, the disc goes straight to an interactive main menu that changes screens when switching between the usual options while music plays in the background. 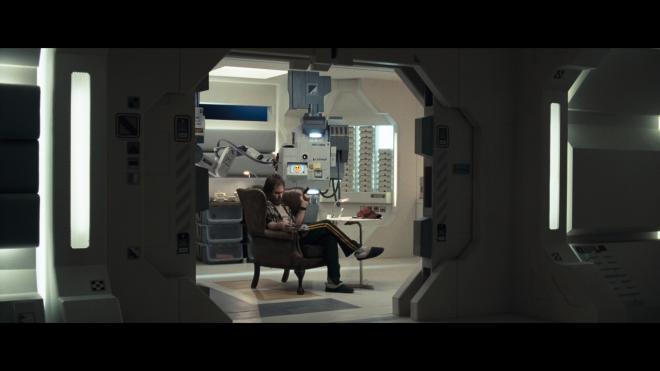 The mesmerizing sci-fi thriller lands on 4K Ultra HD Blu-ray with a decently good-looking but also mildly disappointing HEVC H.265 encode. Admittedly, any issues or perceived drawbacks result from the filmmakers' well-suited deliberate look. The movie was originally shot on traditional 35mm film, and those elements were recently remastered in 4K resolution under the approval of Duncan Jones. The freshly-minted transfer appears faithful to the director's creative intentions and visual design, consistently bathed in a prominent layer of natural grain, providing the 2.40:1 image with a welcomed film-like quality. However, the 2160p picture remains comparable to the 2010 Blu-ray, looking very similar in terms of overall definition and clarity. There are a few slightly sharper moments that reveal a bit more detailing, but they are often balanced with several moments of softness and blurriness. There are some instances of very mild, near-negligible aliasing in the monitors.

The more noteworthy improvements are the boosted contrast and brightness levels, displaying significantly brighter and more intense whites throughout. Sadly, the heavily-stylized cinematography also comes with a fair amount of blooming in the most luminous and brilliant spots, washing away some of the finer details. Specular highlights seem about average except for a few instances where the glare from the lights give metallic surfaces a realistic appeal. Blacks are silkier and inkier with strong shadow detailing within the darkest corners, but they also don't stand out in any particularly impressive way. As with its HD SDR counterpart, the creative photography lives little room for an extensive or wide variety of colors, keeping to a more neutral, near-monochromatic palette. Nevertheless, primaries are a bit more saturated and richer, but better still are the yellows of GERTY's emoticons looking truer and more vivid while flesh tones appear more accurate and natural.

In the end, the HDR10 presentation may not make much of an impression or appear like a significant upgrade from the Blu-ray, but overall, it features a few, small improvements fans will surely appreciate. (4K HDR10 Video Rating: 66/100) 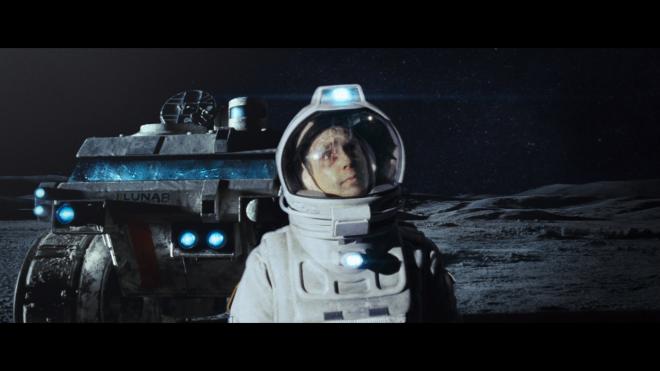 Like the video, the filmmakers also took a very deliberate and calculated approach to the film's sound design, and this Dolby Atmos soundtrack remains true to those intentions while at the same time, offering only a few mild improvements over its DTS-HD counterpart. Given this sci-fi thriller is mainly focused on the conversations and interactions of the two doppelgängers, the lack of background activity should come as no surprise.

Nevertheless, there are still plenty of noises employing the surrounds and ceiling channels to generate a generally satisfying environ, most notably during scenes with the harvesters where moon debris rains down from above and scatters all around the listening area. The sound of alarms lightly reverberate into the overheads, as well, but none of these moments sadly create a convincing hemispheric soundfield.

Frankly, Clint Mansell's hauntingly memorable score provides a better sense of immersion, as it evenly spreads between the three front channels and into the top heights, creating a highly-engaging half-dome soundstage with a great deal of warmth and fidelity. Despite the lack of action, imaging exhibits distinct clarity and strong acoustical details within the mid-range. Vocals are precise and very well-prioritized, allowing even the softest whispered conversations to be intelligible. Like its lossless brethren, the low-end is fairly limited and reserved for only a couple key sequences, providing a nice palpable weight and presence. (Dolby Atmos Audio Rating: 74/100) 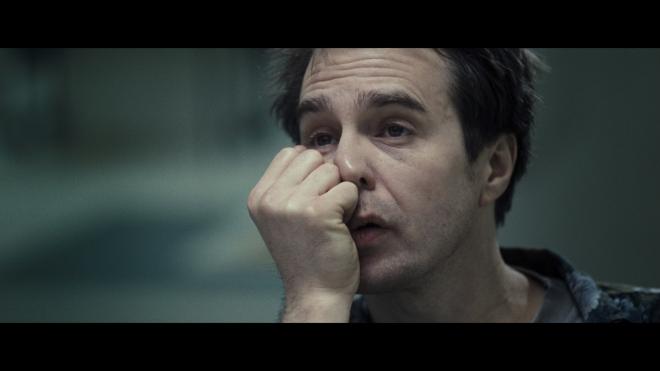 For the film's 10th Anniversary, this Ultra HD edition comes equipped with four new and exclusive bonus features while the accompanying Blu-ray ports over the same set as before. 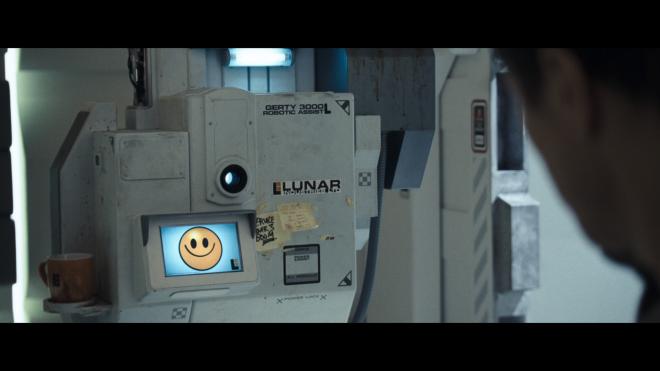 Duncan Jones' Moon is a stimulating and thought-provoking gem with an exceptional performance by Sam Rockwell. It is the sort of hardnosed sci-fi film that challenges its audience while also delivering a visually intriguing and moody atmosphere. For its 10th Anniversary, the sci-fi thriller lands on 4K Ultra HD Blu-ray with a somewhat average and slightly disappointing HDR10 presentation that offers only a few mild improvements over its Blu-ray counterpart. The better upgrade is a generally satisfying Dolby Atmos soundtrack and four new supplements exclusive to this UHD edition, making the overall package worth a look.

Sale Price 21.69
Buy Now
3rd Party 21.68
In Stock.
See what people are saying about this story or others
See Comments in Forum
Previous Next
Pre-Orders
Tomorrow's latest releases