Ghostbusters and Ghostbusters II return to Ultra HD Blu-ray as part of a 5-disc SteelBook that includes the same great-looking 4K HDR10 video presentations, impressively weighty and immersive Dolby Atmos mixes, and all of the previous bonus features along with an extensive collection of new and rare archival special features. These include the original stereo audio on the Blu-rays, six rare deleted scenes, a full episode of the Oprah Winfrey Show, the 1984 ShoWest Exhibitor Reel, and an unfinished Teaser Trailer. Highly Recommended for super-fans or anyone who doesn't own these movies. 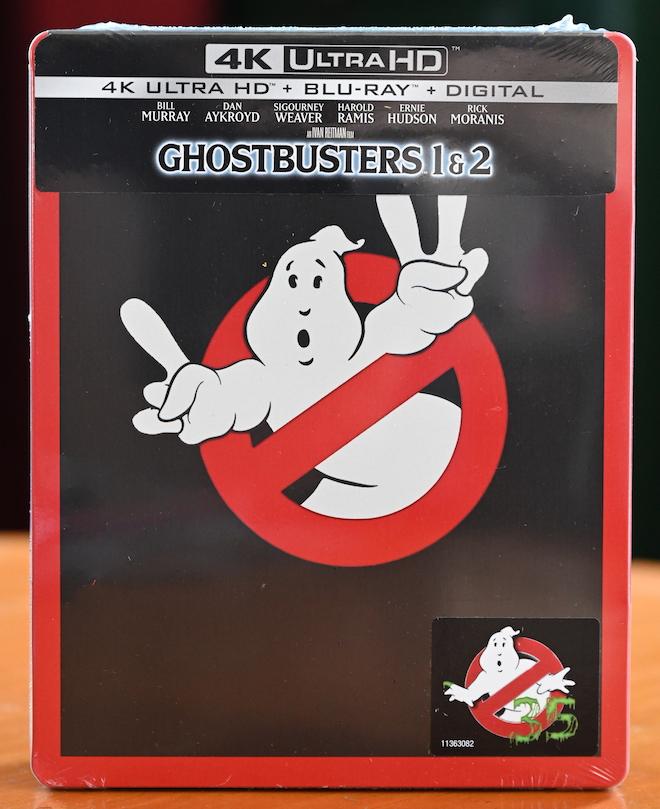 In the first Ghostbusters (4.5 Stars), scientists Peter Venkman, Raymond Stantz, and Egon Spengler open up a paranormal investigation and elimination service in New York City during a spell of rising paranormal activity. Between a demi-god threatening to enter and destroy the world and a bureaucratic New York Mayor's office hellbent on shutting them down, it's up to the Ghostbusters to save their first client, Dana Barrett, and the whole city, from eternal damnation.

In Ghostbusters II (3 Stars), Peter, Ray, Egon, and Winston all go their separate ways following a devastating property-damage lawsuit. Five years later, when Dana Barrett believes her child is in danger of becoming possessed, the Ghostbusters reunite to take on sixteenth-century tyrant trapped in a museum painting as well as rivers of negativity-activated slime.

Featuring the same 4K HDR10 2.40:1 aspect ratio HEVC presentation as the 2016 Ultra HD Blu-ray release, Ghostbusters looks better than it ever has on home video. It features several demo-worthy moments and is a definite upgrade over the previous Blu-rays and DVDs, even the mastered in 4K version. However, when comparing it to other releases on the 4K Ultra HD format, even other catalog titles, it's a fairly soft and overly grainy movie. Still, if you're looking for the ultimate way to experience Ghostbusters, here it is.

Likewise, part two arrives with the same 4K HDR10 2.40:1 aspect ratio HEVC presentation as the 2016 Ultra HD Blu-ray. Much cleaner, with more depth and dimensionality, than the first movie, Ghostbusters II boasts a cinematic transfer with improved details, contrast, and color. It's not a night-and-day upgrade over the mastered in 4K Blu-ray, but this is still the best way to enjoy the film. 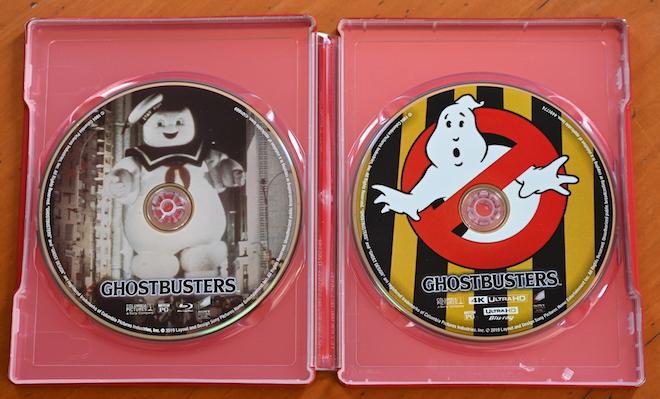 Ghostbusters returns to 4K with the same Dolby Atmos (7.1 TrueHD Compatible) mix as the 2016 Ultra HD Blu-ray. Three years ago, when we first reviewed this track, we noted that it wasn't a massive improvement over the previous 5.1 iterations. But the extra breathing room, overhead height effects during the film's climax, and the impressively weighty low-end (for a movie of this era), it's a fantastic way to enjoy Ghostbusters. Or if you're a purist, you can check out the Stereo DTS-HD MA track on the included Blu-ray.

Ghostbusters II also features the same Dolby Atmos soundtrack as the previous Ultra HD release. Like the first movie, this is a front-heavy mix, but it's a noteworthy upgrade over the previous 5.1 lossless mix with robust LFE, a well-balanced soundstage, and a satisfying sense of overhead immersion. There is also a Stereo DTS-HD MA on the included Blu-ray.

If you can already buy the 4K Blu-rays in this set with the same a/v presentations, you may be asking yourself, "why in the world would I double-dip on this SteelBook?" The answer is new, rare, and long-lost bonus features. Along with (almost) everything from the previous collections, there are new fan commentaries, the aforementioned stereo mixes, original EPKs, long-lost deleted scenes, storyboard comparisons, a ShoWest Exhibitor Reel, a full episode of Oprah featuring the cast, an unfinished Teaser Trailer, and more. While I wouldn't go as far as saying this set has everything, it's a pretty extensive look at the marketing and production of these two iconic movies.

The only bad part about this is that there aren't any bonus materials on the 4K discs themselves (it would have been nice to at least include the stereo audio mixes). Here's how everything breaks down by disc, with * noting exclusive features: 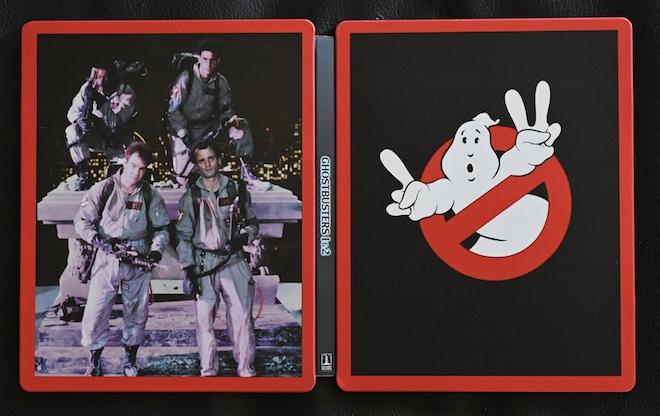 Celebrate 35 years of busting ghosts by picking up a copy of the Ghostbusters & Ghostbusters II Limited Edition SteelBook. Handsome packaging, the ultimate (yet flawed) audio/visual presentations of each movie, and a bevy of new and rare bonus materials make this a shelf-worthy purchase for super-fans as well as anyone who doesn't own these movies on 4K. Highly Recommended.

Buy Now
3rd Party $169.99
See what people are saying about this story or others
See Comments in Forum
Previous Next
Pre-Orders
Tomorrow's latest releases