As the first animated feature to kick off the late 80s, early 90s Disney Renaissance, The Little Mermaid returns to home video for its 30th anniversary on 4K Ultra HD Blu-ray, Blu-ray, as well as 4K Digital, which we're covering in this review because it features a Dolby Vision HDR grade not found on the Ultra HD Blu-ray. Overall, The Little Mermaid boasts a good-but-dark Dolby Vision HDR transfer and a decent-but-quiet Dolby Atmos mix. Worth a Look for Disney fans who have stopped buying discs. For those waiting on our 4K Ultra HD Blu-ray review, we'll have that up very soon. 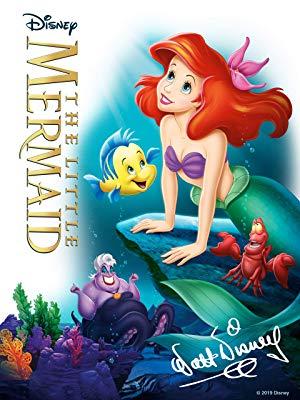 Thirty years after its theatrical debut, The Little Mermaid remains an iconic Walt Disney animated musical filled with catchy songs and gorgeous hand-drawn visuals. Though this particular reviewer wishes Ariel had more to do during the film's second half, the story and its characters remain a joy to revisit for children, families, and Disney fans of all ages.

For a full review of the movie itself, please check out our Diamond Edition Blu-ray 3D Review from 2013.

While Disney usually includes a 4K digital copy with the purchase of its 4K Ultra HD Blu-rays, we purchased this 4K digital copy from VUDU.com, which includes support for Dolby Vision, HDR10, and Dolby Atmos audio as well as 12 bonus features (see below). 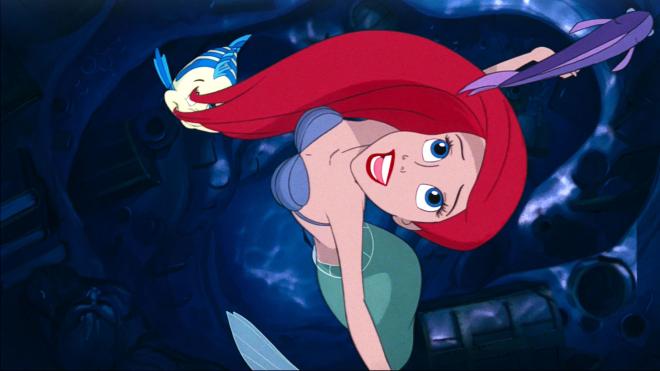 We thought it would be worth diving into The Little Mermaid 4K Digital transfer because it includes Dolby Vision HDR on certain streaming services (the Ultra HD Blu-ray is HDR10 only). For this review, we used VUDU via an Apple TV 4K.

After recently reviewing The Lion King, I was expecting similar results with The Little Mermaid 4K digital release. Namely, it should have bolder colors and more fine background details than the HD version. That's true here, and in toggling back and forth between 4K Dolby Vision and HD, there is, indeed, a noticeable upgrade in sharpness and colors and contrast. In truth, the HD streaming version is pretty flat and washed out at times (especially during rainy sequences). In 4K, you'll also see more of the artists' individual character brushstrokes as well as more detail in all of the location backgrounds. To be fair, these details are subtle if you're not looking closely, but they are there and add to an overall sense of sharpness. Although the HD Blu-ray doesn't have the aforementioned washed-out contrast, the 4K Dolby Vision digital transfer is sharper and features better colors.

However, there's one big issue. Where this HDR grading improves contrast and black levels and highlight details, these improvements come at a cost of lost shadow detail. Take a look at any of the darker scenes -- both of the ship sequences or Ursula's cave -- and you'll see greys and browns pushed all the way to black, which robs the viewer of certain props and locations. (While this is pretty common with HDR10, I'm actually surprised to see this with Dolby Vision.)

As such, the 4K transfer certainly pops and there's more information onscreen for much of the time, but there are other times where you're losing out on some of the craft and artistry that's been visible for the last thirty years. Is this a dealbreaker? That depends. Are you a purist? How bright is your specific TV or projector? It's not horrible, but what a shame.

If you currently only have access to a digital HD version, this 4K Dolby Vision might be worth the compromise, but, for Blu-ray and 3D Blu-ray owners, I'm less sure this version is worth the upgrade. 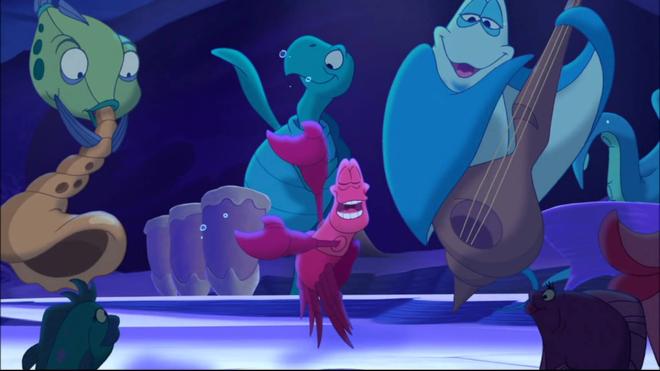 As I noted back in 2013 for our Diamond Edition 3D Blu-ray review, The Little Mermaid sounds quite good for its age, but doesn't stand up next to other Disney Renaissance era animated films (or modern blockbusters). In short, even with lossless audio, the soundtrack doesn't have the same about of LFE grunt, surround articulation, or sound-effect fidelity that you'll hear in The Lion King or Beauty and the Beast.

Listening to The Little Mermaid in lossy Dolby Atmos (this streaming version uses Dolby Digital Plus as its base where Blu-ray and 4K discs use TrueHD) reveals more of the same strengths and weakness with a just a touch more tallness. The dialog and the songs sound great and fill the room, which is most important. LFE isn't bombastic, but there are a few heavier moments during key action sequences. But, some of the sound effects still sound thin (as they do in the lossless mix), and I'd argue the re-recording mixers who created this Atmos mix don't use the audio format's full capabilities, missing opportunities to place more objects overhead, be it environmental sounds, voices, or effects. It's just not a very articulate mix, in terms of panning front to back or up and down. Still, the movie's songs and score do make nice usage of the whole room.

Also worth noting, I had to adjust my AV Receiver's volume up by 10-15dB to match the Diamond Edition Blu-ray's 7.1 DTS-HD MA track. In comparing the two at even volumes, the lossy Atmos mix sounds pretty good and I can't really say the lossless mix has a noticeable advantage, nor would I say this quiet Dolby Atmos mix suffers from any dynamic range issues that weren't present in 2013.

Conclusion: for what it is, The Little Mermaid sounds lovely, but it's not a massive upgrade over the 7.1 track on the Blu-ray, which up-mixes nicely, nor is it the type of oh, wow Atmos mix we've heard in demo-worthy soundtracks. 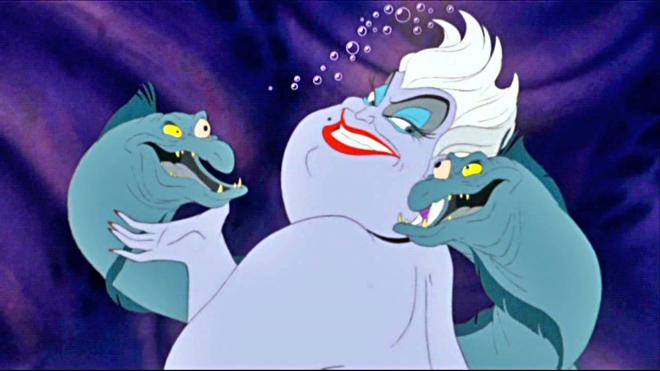 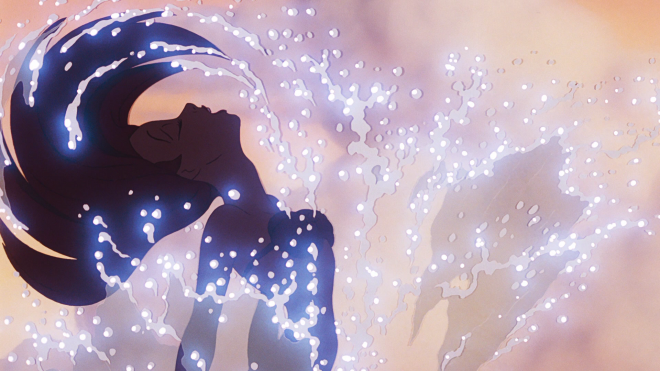 Though I personally wish Ariel had more to do in the movie's second half, The Little Mermaid has been a joy to revisit three decades after its theatrical debut. Filled with iconic songs and detailed animation, you can't help but want to be part of its world. As a 4K Digital release, I'm a bit torn by the results. On the plus side, you get bolder colors and more fine details -- just like we experienced with The Lion King -- and the contrast is much-improved over the rather crummy looking digital HD release. Buuuuuuut, this is a rare Dolby Vision transfer where the contrast crushes black levels for anything dark on screen. The Dolby Atmos mix is nice too, but is less robust than The Lion King soundtrack, and the sound mixers don't really push the Atmos immersion. (In my opinion, the 7.1 mix on the Blu-ray up-mixes as well as this sounds natively.)

Personally, I don't think it's worth $25 to buy this as a standalone release -- I'd probably spend $30 to get the 4K disc combo pack which includes a code for this digital copy -- but let's call it worth a look for Disney fans who don't buy discs anymore.