Steve Martin and John Candy pack up and hit the road for home in Planes, Trains, and Automobiles. Written and directed by John Hughes, this classic Thanksgiving road comedy arrives with a new 4K Ultra HD Blu-ray from Paramount. While the transfer has some issues, it does offer a notable improvement over the past Blu-ray releases thanks to a lovely Dolby Vision pass with some excellent new bonus features including over an hour of deleted scenes! It might not be perfect, but nonetheless, it's better than we’ve had before. Recommended.

As we've already covered Planes, Trains, and Automobiles three times here at HDD - I'll leave you to check out our past reviews for full thoughts on the film. For a quick to-do though, I'll say this is one of my all-time holiday seasonal favorites. There are many great Christmas season films and a couple notable Thanksgiving films (Home for the Holidays is another piece of annual viewing), but there's nothing quite like Planes, Trains, and Automobiles. As I've gotten older and my family spread out over the country, this need to get from one destination to another just to sit down to a huge meal and hopefully enjoy each other's company has grown more relatable. This film perfectly captures the chaos of seasonal travel and the unexpected humor and joy that can come from everything going wrong. Steve Marin and John Candy are instantly relatable characters and John Hughes gives the film an incredible amount of humanity. 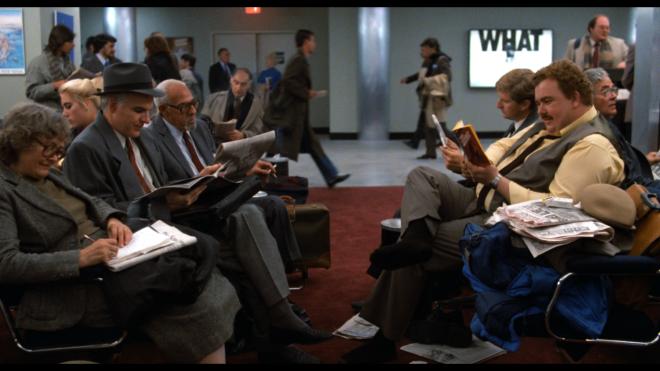 Vital Disc Stats: The 4K Ultra HD Blu-ray
Planes, Trains, and Automobiles flies, rolls, and parks itself onto a new 2-disc 4K Ultra HD Blu-ray with Digital copy release from Paramount. There is only the 4K version of the film in this set pressed on a BD-66 disc. There is no 1080p version. The included Blu-ray disc only offers up bonus features and the long sought-after deleted scenes and audition footage. The disc loads to a static image main menu with traditional navigation options. 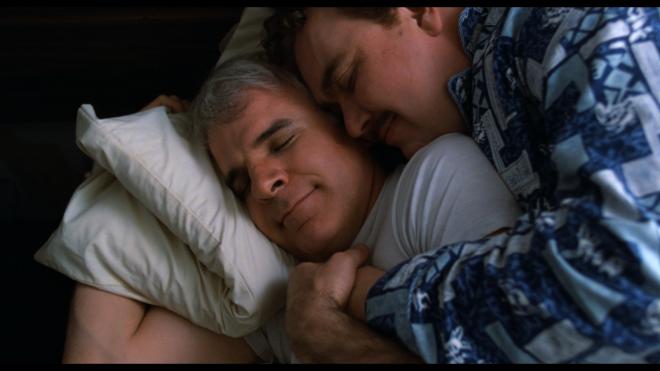 Paramount is going to Paramount, I guess. I don’t understand their strategy for film grain management of their back catalog titles - some titles get it, others don’t - but it’s been applied here, but thankfully not so aggressively that it becomes an absolute mess. When you see it it’s noticeable giving the image a bit more of a “gloopy” grain appearance. But it’s not always present and looking at bitrates, this transfer doesn’t completely crater as other discs like The Man Who Shot Liberty Valance or Fatal Attraction. When it’s good it’s terrific and that's worth celebrating.

The opening in the board room is oddly darker by a couple of stops, but once Neil gets off the elevator to the New York City streets, that darkness goes away and brightness is on par with what we’ve seen in past releases. As for the grain management that comes to go at will, the most telling scene is the first night Neil and Del spend together in the motel. As Neil yells at Del that off-and-on grain pops up where Steve Martin’s side of the conversation looks gloopy and just “off” whereas John Candy’s side is crisp and clean with what looks like a more natural grain structure and sharp details. 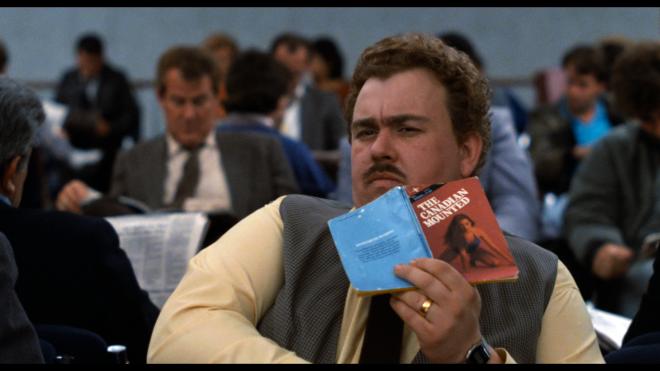 All oddities aside, I will say Planes, Trains, and Automobiles is a marked improvement over the past Blu-ray release that has been circulating since 2011 that itself offered up only a few improvements from the old DVDs. Framing is at the correct 1.85:1 instead of 1.78:1 of past discs. When there isn't any Paramounting going on, the fine details in facial features and clothing textures is excellent. The biggest improvement I felt came from the colors. Skin tones are healthier without appearing overly orange/tan but no longer washed out and pasty. With Dolby Vision HDR primaries are lovely with Candy’s brilliant blue coat and red gloves a colorful standout against Steve Martin's bleak work coat. Black levels are also nicely rendered with deep inky blacks and nice shadow separation giving the image some impressive depth. The drunken hotel conversation after the car burned is an especially great moment for this disc (and in general one of my favorite character scenes ever). 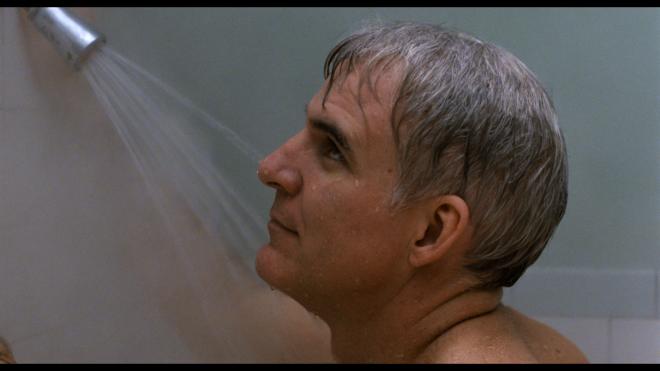 While I wish Paramount would rethink this strategy with grain management as their peers at Sony, Warner Bros., and various indy labels have shown these classic catalog titles don’t need to be fiddled with. But of all the recent Paramounted Paramount 4K transfers, this is far from the worst offender. Maybe not ideal, but it’s certainly far and away better than the old Blu-ray that felt over-bright and smashed with unsightly edge enhancement. 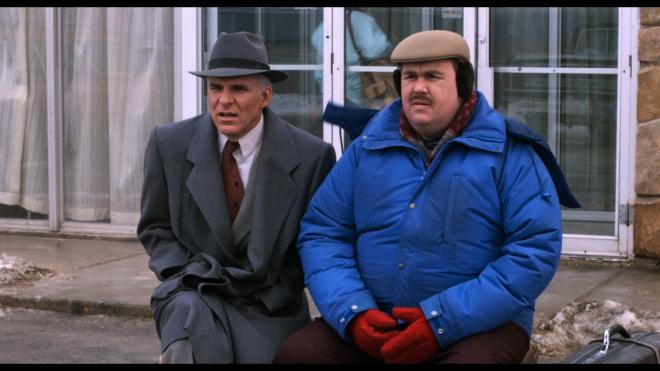 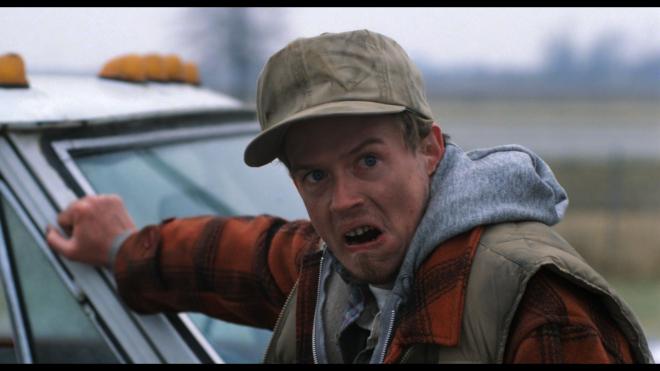 On the audio front, it sounds as if Paramount opted to recycle the same front/center heavy DTS-HD MA 5.1 track which is fine. I never had a problem with this track. I appreciated that they didn’t over-stretch the mix forcing sound effects into channels they don’t belong just to give you that full surround sound feel. Sides and rears are active when and where necessary with clean dialog and the great Ira Newborn score. Flipping on my receiver’s DTS Neural:X function did help open this audio track up a little bit so busier locations like the airport or when Martin goes back to the rental kiosk feel more lively and active. All around, this mix still works well for this flick. 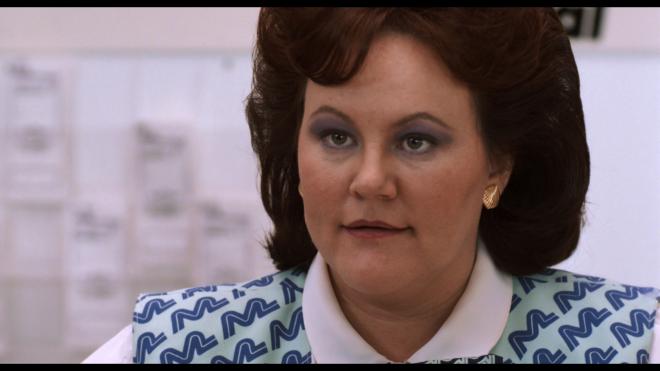 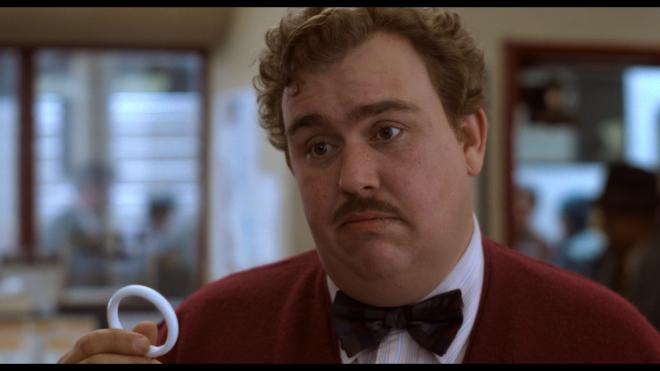 Bonus features may not be the biggest selection ever assembled but this release offers up one important major curiosity for fans - 75 minutes of deleted and extended scenes! There isn’t a lot here that would otherwise dynamically change the film, but there are definitely some funny bits. Mostly these are scenes allowing Martin and Candy to riff away to let them make any given conversation more awkward as it plays along - like Candy offering any number of snacks or drinks at the airport to make up for stealing the cab. Likewise, there are extended scenes to highlight Martin’s dislike for Candy’s more colorful habits. These scenes were found on an old VHS tape of various quality in Hughes’ archive so they’re not ready to be added in for some kind of makeshift “extended edition” - nor should they be. These bits just highlight how damn hard it is to get the gold gags for a comedy like this. Then there's the Dylan Baker audition and if that's how he came in for the first meeting he nailed Owen right out of the gate! 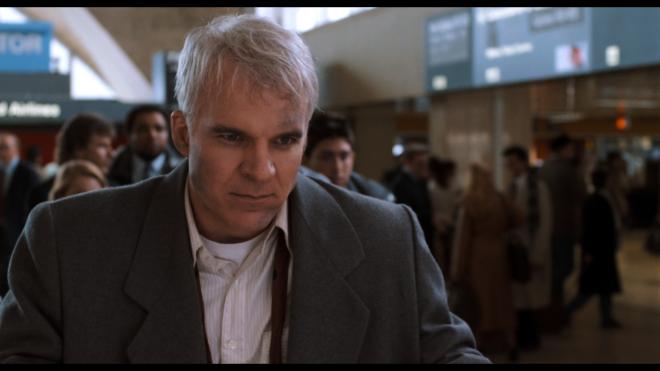 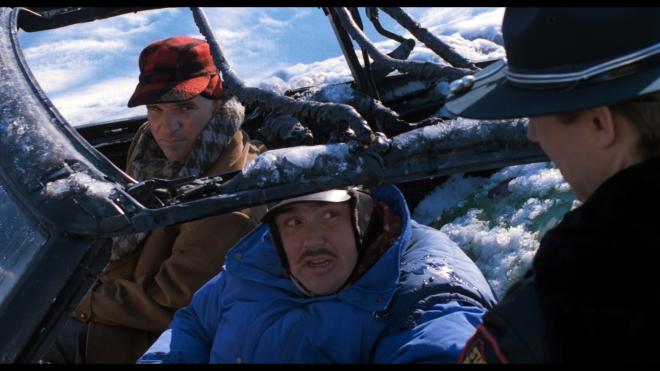 Planes, Trains, and Automobiles is a genuine holiday classic. With the rush of the holidays and traveling to see loved ones, John Hughes crafted a perfect road trip comedy that everyone can relate to. Stars John Candy and Steve Martin bring real humanity and humor to their characters for a lovely and hilarious film that still hits home decades later. After a lackluster run on Blu-ray, Paramount books Planes, Trains, and Automobiles for its first trip on 4K Ultra HD Blu-ray. The Dolby Vision transfer, unfortunately, shows some telltale signs of Paramount’s signature Paramounted grain management holding it back from true greatness, but it does showcase some welcome improvements over the old Blu-rays without the horrible edge enhancement and a more appealing color palette. It might not have been the massive improvement we all hoped for but it’s at least a step in the right direction. Tag in the archival bonus features with 75-minutes of deleted/extended scenes and Dylan Baker’s hilarious audition to round out the extras. It may not be ideal, but overall it's the better package. Recommended