With the sixth film leaving the franchise nowhere to go, Halloween: H20 gives Michael Myers a pseudo reboot rewinding the franchise and picking up the action after Halloween II. The film sees the return of Jamie Lee Curtis as Laurie and she delivers a hell of a performance, but the film tries very hard to “Scream” the franchise with mixed results. Still, a fun flick nonetheless. Scream Factory brings fans a new two-disc set with a new 4K scan with Dolby Vision HDR that offers numerous improvements over past discs with the same solid audio and extensive bonus features Recommended

After surviving the brutal rampage of one of the deadliest mass murderers in history, Laurie Strode (Jamie Lee Curtis) is haunted by the encounter with her brother Michael Myers. Living under an assumed name in seclusion as the headmaster for a posh boarding school, she struggles to get by as her son John (Josh Hartnet) tries to live a normal life as a teenager. When most of the school leaves for a field trip, Michael Myers turns the school into his own personal bloody killing ground until Laurie is forced to face her worst nightmare.

Given that I was a fan of the sixth film, I was curious to see where the franchise was going to go next. After seeing the teaser for this film revealing the return of Jamie Lee Curtis, my excitement was at peak levels. I had no idea Friday the 13th 2 and 3 director Steve Minor and his writers were going to roll back the clock and expunge Halloween III through Curse of Michael Myers from the rolls. The follow-up I’d hoped to see after the off-camera death of Doctor Loomis and the son of Jamie Lloyd would never come. Sitting there in the theater with my best friend on opening night, I was pissed, but he was having the time of his life because he wasn’t as absorbed into the series as I was. It took me a bit to get on board with this franchise reboot, but I eventually got there. I like it more as the years pass and I become more forgiving of its little peccadillos. 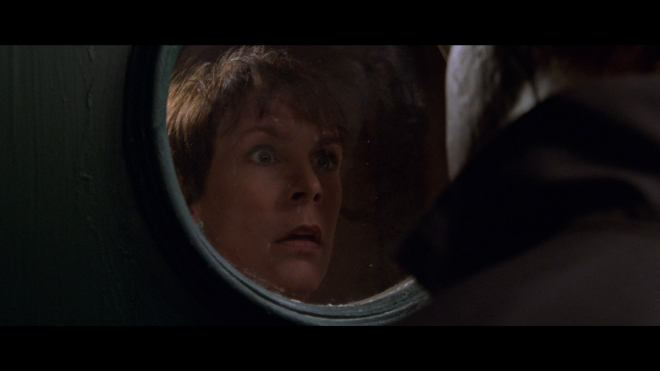 Today I dig the film overall, but I don’t shy away from how messy it all is. What should have been a grand return for the franchise turns into a great showpiece for Jamie Lee Curtis, but little else. Being wrung through the Dimension Films horror machine, the constantly changing Michael masks, the low kill count, the flashy editing, it all just feels like a would-be Scream sequel that doesn’t know what it's doing or where it's going. After the shocking ending, the franchise should have stopped there, but Evil Doesn’t Die Tonight and a misguided sequel was quickly called up.

Vital Disc Stats: The 4K Ultra HD Blu-ray
Halloween: H20 Twenty Years Later refreshes itself with a new two-disc 4K Ultra HD Blu-ray and Blu-ray set from Scream Factory. The discs are housed in a standard two-disc case and are not stacked. The case is enclosed in a hardstock slipcase and the insert artwork is reversible depicting the original theatrical poster art. Each disc loads to an animated main menu with traditional navigation options. The bulk of the bonus features are found on the 1080 Blu-ray. This release is only available as part of Scream Factory’s The Halloween 4K Collection set.

Halloween: H20 Twenty Years Later celebrates nearly 25 years of terror with a slick new 4K Ultra HD Blu-ray with Dolby Vision HDR release. Like Curse of Michael Myers, there has been a slight change to the color timing of this film, but it’s no way near as dramatic. It actually complements the film giving a more fall-like appearance and helps skin tones, whites, and primaries come to life. Past disc releases had far too much of a red push so blood would be too pink and skin tones always looked too flush as if the entire cast ran a 10-K before each take. Sourced from a new 4K scan, the image is significantly cleaner without the speckling issues of past releases and the image doesn’t show any signs of past edge enhancement or smoothing sins and the film grain is appealingly cinematic. 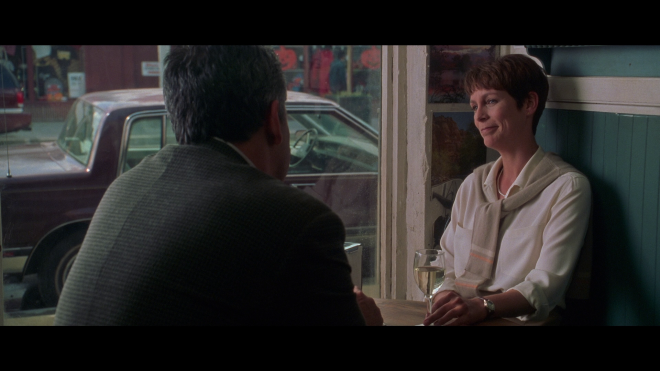 Dolby Vision (and HDR10) has been smartly applied to allow the deep shadows and black levels to become more stable and inky without crush issues or detail loss. For the film's final act with the variable light sources, shadows offer more light gradience so when Michael creeps out of the shadows it's much more effective. Colors are handled well with reds again appearing more natural, blue skies or Janet Leigh’s car from Psycho looking the correct shade of baby blue. Whites are also clean and crisp without that pinkish hue of past discs. Likewise, the included 1080p Blu-ray showcases these changes for an overall very pleasing release. 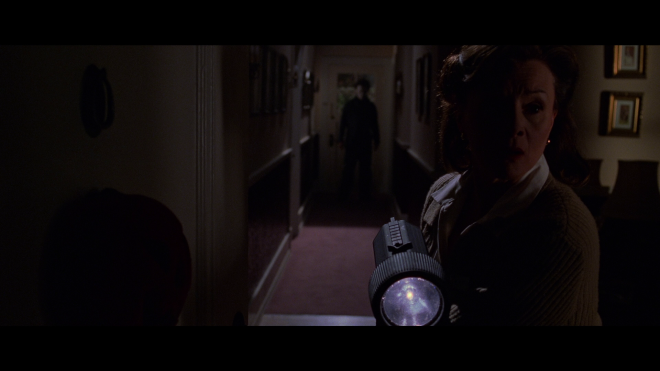 Flipping between discs, it sounds like the same DTS-HD MA 5.1 AND 2.0 tracks were brought over for this release. Which isn’t bad at all. Dialog is clean and clear throughout without issue. Sound effects are lively enough to keep the channels engaged and moving. I have my qualms with the overworked score for this film, but it accents the mix nicely and keeps things engaging. Activating my receiver’s DTS Neural:X function really kicked things up a notch giving the mix a bit more imaging and presence throughout the channels. The 2.0 track is strong on its own terms, but if you’re equipped for 5.1, that’s the way to rumble. 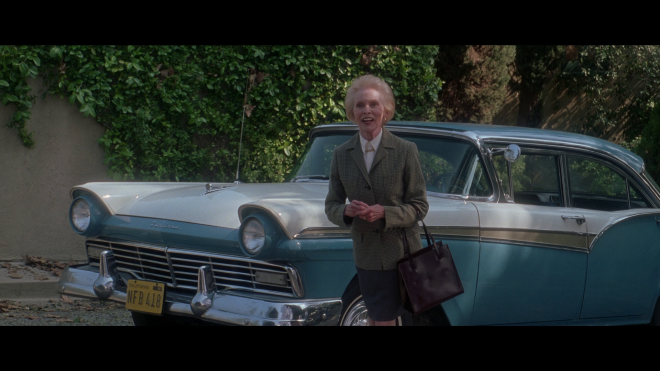 Unlike its partners in this three-film set, H20 doesn’t pick up any new bonus features, but the archival materials here are well worth digging into. The making of the documentary and the audio commentary are essential pieces. 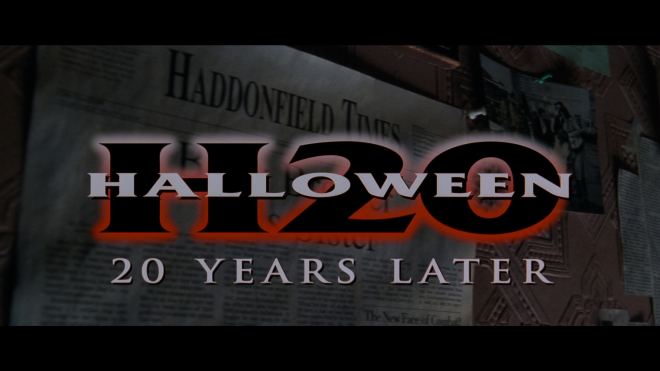 Halloween: H20 Twenty Years Later started out with the lofty ambition of reuniting franchise creator John Carpenter with his leading lady Jamie Lee Curtis. After Carpenter passed, the film fell to the hands of Steve Miner who turned in a slick-looking follow-up. While the film has its issues, it’s an enjoyable outing with Curtis holding point with one hell of a great performance. Scream Factory gives H20 fans an impressive new 4K Ultra HD Blu-ray release sourced from a new scan with Dolby Vision HDR. The film has a slightly different color timing, but it’s effective and worthwhile with vastly improved clarity and details. Audio is the same solid offerings from before and there are no new bonus features in this mix. Recommended