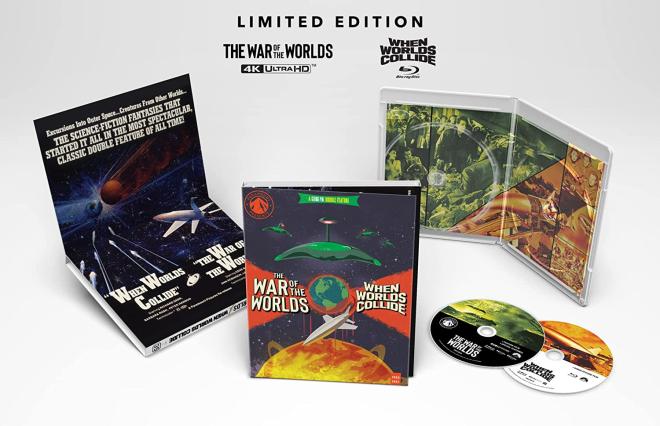 NOTE: When Worlds Collide is NOT 4K.

Two of the most iconic Science Fiction epics come to Paramount Presents in this out-of-this-world limited-edition double feature from producer George Pal. Making its 4K UHD debut, WAR OF THE WORLDS is an Oscar winning adaptation of the chilling H.G.Wells novel. Then, get ready for impending disaster, when a runaway star signals the destruction of Earth in WHEN WORLDS COLLIDE, included on Blu-ray remastered from the original film elements. Both are essential Technicolor masterpieces from the Golden Age of Hollywood, delivering eye-popping visual effects and unmatched sound design.