The new Android TV set-top box is now available in the US.

"We are thrilled to bring Mi Box to our fans in the U.S. in collaboration with Google. This is a significant milestone for Xiaomi, as it is our first opportunity to demonstrate to consumers here in America the power of what makes Xiaomi extraordinary: our promise of innovation for everyone. We believe everyone is entitled to benefit from technological breakthroughs, and Mi Box is a reflection of that belief: an incredible entertainment experience at an unprecedented price of $69, less than the cost of a single night out for two," said Hugo Barra, Vice President, Xiaomi Global. 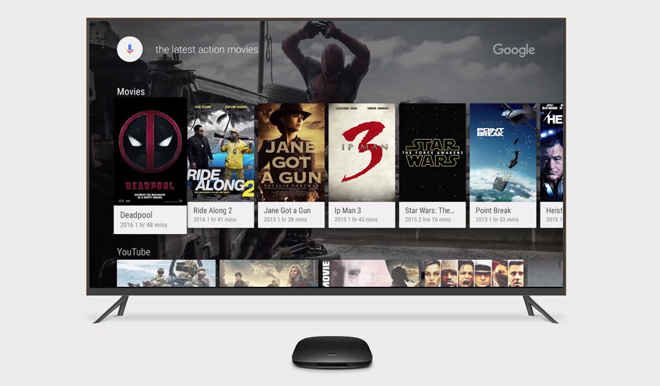 The Mi Box is an Android TV streaming media player with access to thousands of movies and shows from many popular apps like Netflix, HBO, Showtime, and VUDU. Likewise, the device also provides gaming options through Google Play and live TV streaming through Sling TV. Under the hood, the player is powered by a quad-core ARM Cortex-A53 CPU, Mali 450 GPU, 2GB DDR3 RAM, and 8GB eMMC flash. In addition, the Mi Box supports 4K Ultra HD playback at 60 frames per second and the latest HDR10 standard (to be enabled from Android N onwards). Finally, a Bluetooth remote control with voice search is also included, and the device offers built-in Google Cast technology.

"The Android TV team is excited to partner with Xiaomi to deliver the Mi Box to the U.S. With features like voice search and HDR support, the Mi Box takes advantage of the latest Android TV platform innovations," said Sascha Prueter, Google's head of Android TV.

Xiaomi's Mi Box is now available at Mi.com for $69. In addition, the player will be available in Walmart stores and through Walmart.com in early October.