If you can wait for the holidays to pick up one of the best 80s movies and one of the best movies of 2022 - Paramount hits the hard deck into the danger zone to deliver one hell of a collector's set! 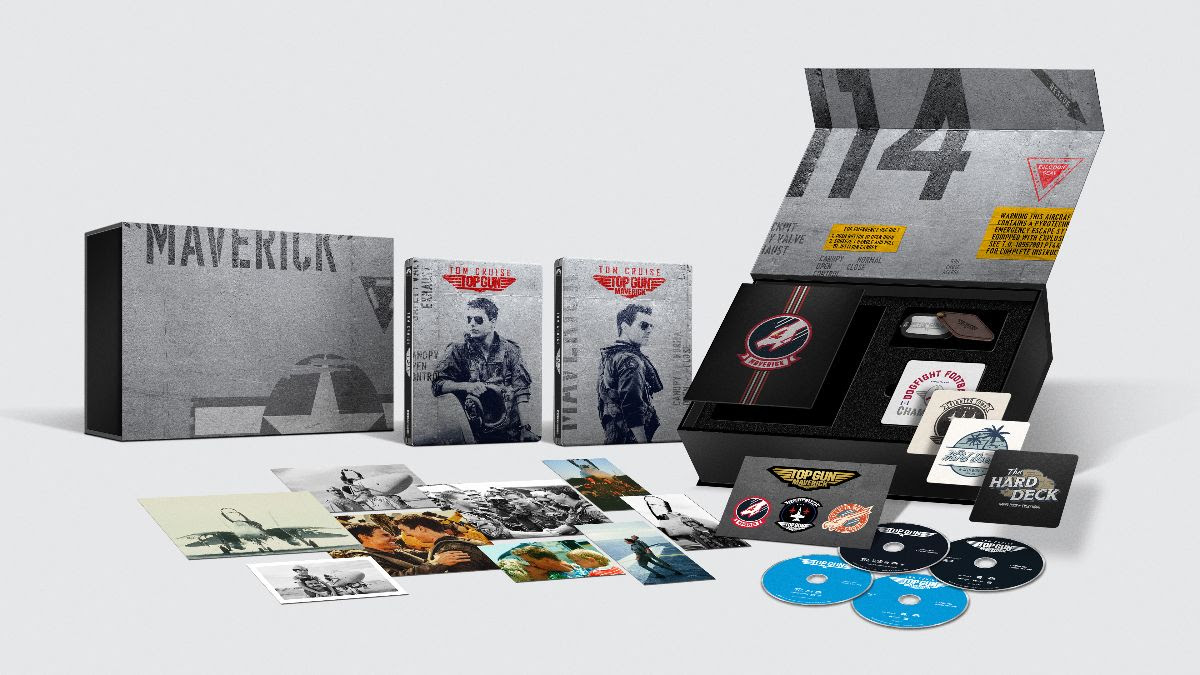 The discs look to be the same already previously released for Top Gun on 4K and what we'll get at the beginning of November for Top Gun: Maverick - however if you can hold onto that loving feeling a little longer, Paramount has upped their game in time for the Holidays with a pretty slick collector's set. We've reached out for clarification for additional bonus features and more detail on the swag items - but from the Press Release, here's what we know is going to be in the box:

This highly collectible release makes an ideal gift and boasts nearly six hours of bonus content exploring the enduing popularity of the 1986 sensation TOP GUN, as well as this year’s record-breaking global phenomenon TOP GUN: MAVERICK.  Celebrate the films that have captured the imaginations of fans around the world through behind-the-scenes footage, interviews with Tom Cruise and producer Jerry Bruckheimer, and much more.

This set isn't yet up for pre-order - at least anywhere we looked at the time of this writing - but as soon as it's out there and you can snag your copy we'll let you know!