Remember my review for that super cool VHS-shaped Blu-ray release of Stranger Things? Yeah, it wasn't that long ago. We even did an awesome unboxing video thinking that this release was going to be the final word on Netflix's ode to 80s science fiction/horror on physical media. Turns out that's not the case. As some lucky customers discovered at their local Target stores over the weekend, there is a 4K Ultra HD Blu-ray release on the way! 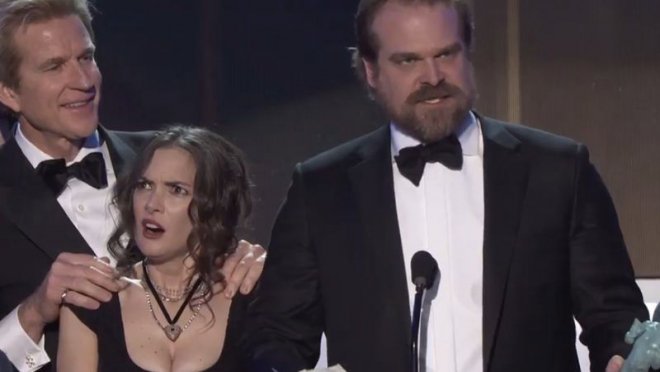 Yup, you read that right. Now, this isn't available in stores yet - or at least it shouldn't be. Apparently, some stores got their stock early, didn't know what they had, and put it out on shelves where some eagle-eyed shoppers knew something was a bit off and snapped them up before they were put away. I gave a call to all of my local Chicago-area stores and none of them had it in stock, but they confirmed to me that it is real.

If you're hunting and pecking around, here is the UPC number to ask for: 191764410522. The formal street date is also a bit of a mystery. One store told me their stock gets in on 11/27 and it's due out 11/28. Another store told me it doesn't street until 12/5. So this is yet another stealth Stranger Things release that is leaving a lot of important details hanging out around Barb in the upside down.

If you're on the hunt at your local stores, the box art is slightly different with a new picture of Eleven front and center and instead of a uniform black color, there's white trim along the bottom with the box given the fake distressed look. On the back, the tech specs detail 4K Ultra HD and Blu-ray - but no mention of HDR or Dolby Vision. UPDATE: Sources on other forums who purchased the set stated the tech specs match Netflix's streaming options for Season 1 -- 4K but NO HDR with a 5.1 Dolby Digital audio mix. However, since this will be a 4K release, Steve's hair will probably look better than ever! 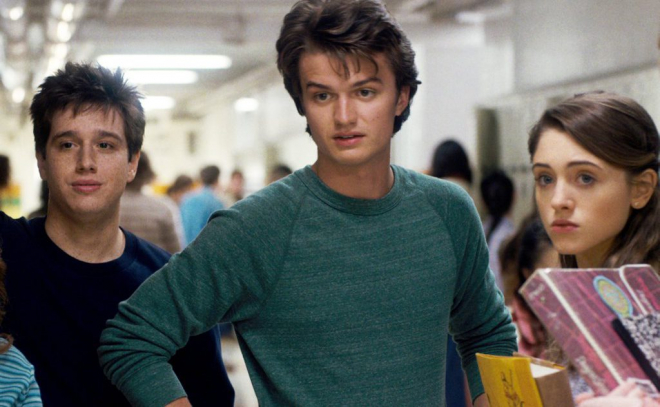 When confirmed artwork and tech specs are made available, we'll update our listings and crank out a review and probably another unboxing video while we're at it. Until then, we'll keep you posted as this craziness develops.