The controversial flick is now available to stream in an unrated cut.

Shudder has announced the addition of the 109-minute unrated cut of director Ken Russell's 'The Devils' to its streaming lineup. Due to its controversial subject matter, the movie has usually only been available in censored edits for many previous theatrical and home releases.

In 17th century France, hunchbacked nun Sister Jeanne (Vanessa Redgrave) lusts after the town's priest Father Grandier (Oliver Reed), a sinful but ultimately just man. But when the priest marries, jealous Jeanne accuses Grandier of using witchcraft on her convent, and the other nuns play along, behaving as obscenely as possible. Ken Russell's savage portrait of religious hypocrisy earned the film the top spot on the list of most controversial horror films ever made - and an X rating. Available on streaming for the first time ever in the US, THE DEVILS is essential viewing.

Though not the full uncut 117-minute version, this 109-minute unrated edit serves as one of the most complete cuts of the film currently available. Filmmaker Ken Russell is also known for directing 'Tommy,' 'Altered States,' and 'Crimes of Passion.' 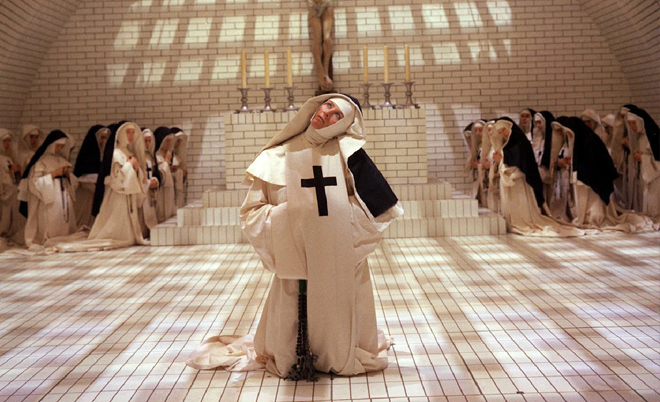 Shudder is an AMC operated subscription video on demand streaming service focused on horror titles. Here's a rundown of the platform per the Shudder website:

Shudder has something for everyone, from the casual fan to the hardcore horror devotee. Whether you're looking for a classic suspense film, a cat-and-mouse thriller, a good old fashioned monster movie, a terrifying tale of the supernatural, or a bloody giallo masterpiece, you'll always find something to scare you in a new way at Shudder. Our Shudder Collections are curated by horror aficionados with a deep love and respect for the many peculiar varieties and genres of horror - they showcase films you never knew existed right alongside old favorites that never fail to frighten, and everything in between. You can also explore different perspectives on all things horror by perusing the selections of our guest curators, or flip on Shudder.TV, a horror-devoted channel programmed by our curators - tune in anytime and discover a gem.

Shudder is currently available for $4.99 per month or $49.99 per year. New customers can receive a free trial as well. Likewise, users can also subscribe to the service through Amazon Channels.